Researchers in the Spotlight

The work of many of our researchers is of considerable practical relevance. We introduce our researchers and their projects to the public on a regular basis to make their work visible to a wider audience.

The Imperial Export Academy became the University of World Trade in 1919, turning it from a teaching-only facility to a full research university. Today, 100 years later, research is a key component of WU’s identity and an indispensable part of the university’s research-based teaching.

Around 1,600 researchers work at WU’s 62 institutes, investigating economic, social, and legal questions relevant to society. WU sees the milestone “100 Years of Research” as a good opportunity to strengthen its dialog with the public.

In a campaign launched on November 14, 2018, WU has been presenting interesting facts from our researchers’ work to the public and inviting people to ask us their own questions on the website 100JahreForschung.at. 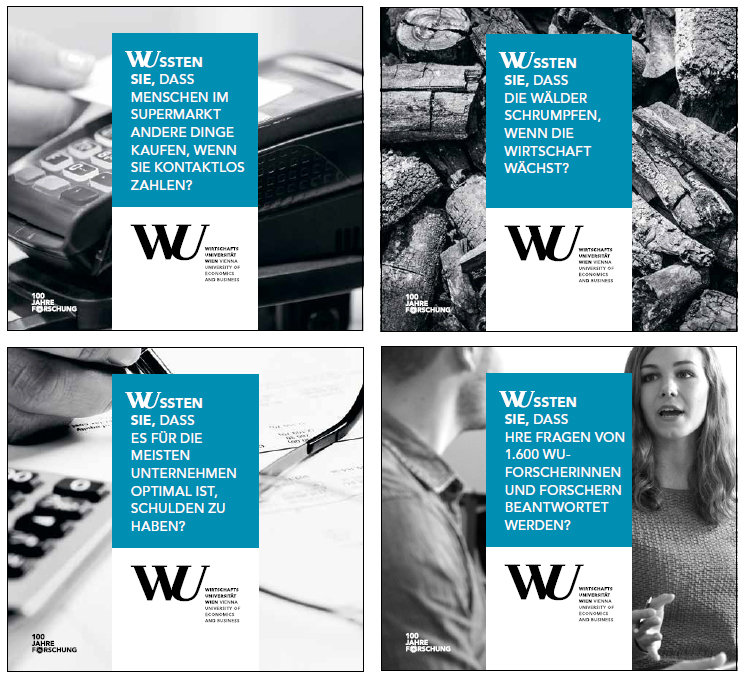 “Because the range of research topics at WU is so diverse, we’re looking forward to receiving an equally diverse range of questions. The things people really want to know, like ‘Why do we still need cash?’, ‘Who can use my personal data?’, or ‘How will we finance healthcare in the future?’ – these are just the things we investigate here at WU.”
Stefan Pichler, Vice-Rector for Research

Researcher of the Month

Each month, WU selects a Researcher of the Month, inviting them into the spotlight to introduce the WU community to their work. Their research is characterized by academic excellence and relevance for current affairs.

The following faculty members were selected to be our 2018 Researchers of the Month: 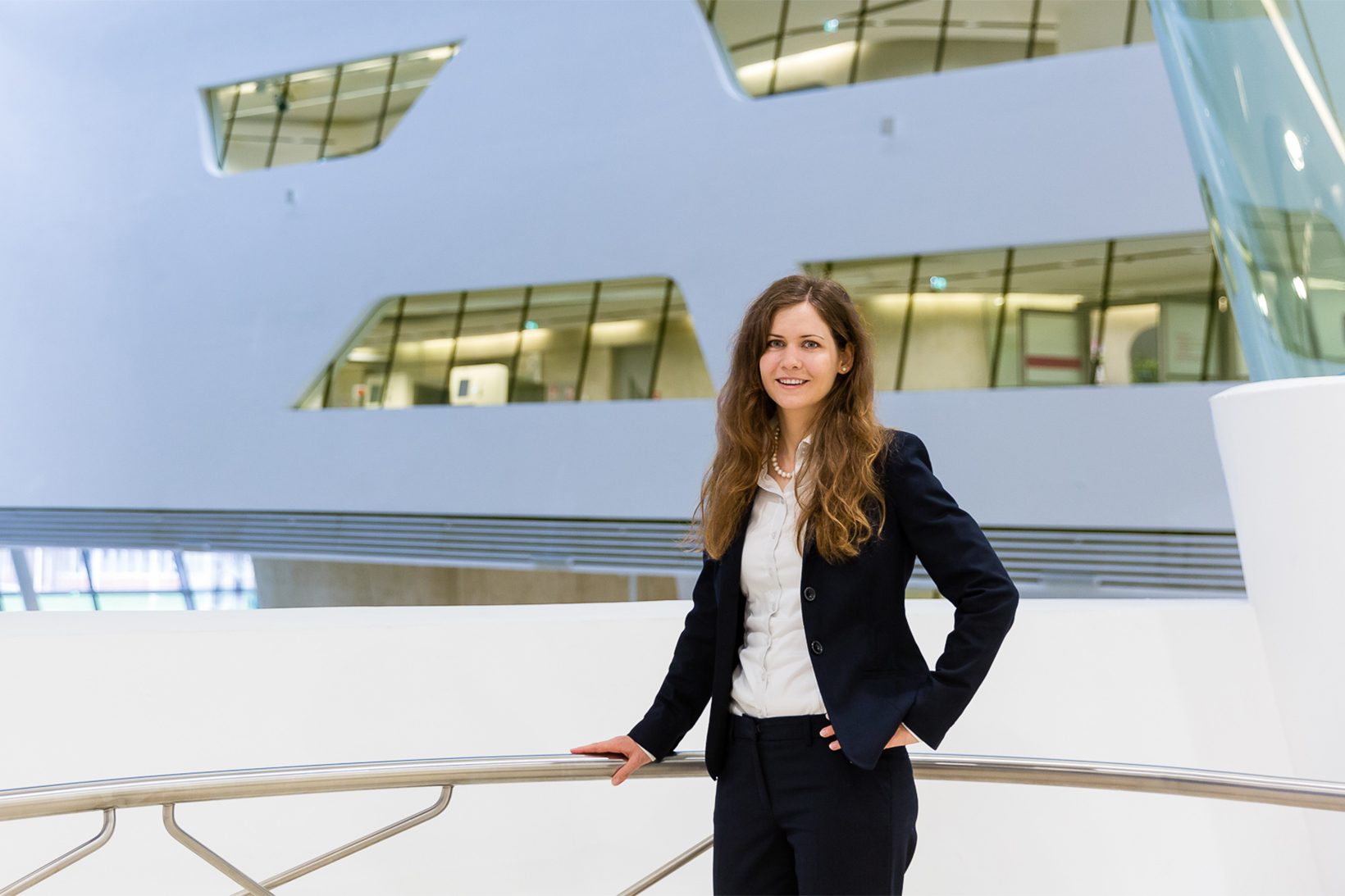 Business processes are usually made up of many small steps that are implemented in a defined sequence. Kathrin Figl from WU’s Institute for Information Systems and New Media looked at how process models need to be designed to be easily understood. Employees prefer visual representations of business processes over verbal descriptions. Symbols should only be assigned one meaning, and different symbols with the same meaning should be avoided. The more intuitive symbols are, the more easily they can be recognized. Once business process models reach a certain size, it can be useful to split them up into various sub-models. 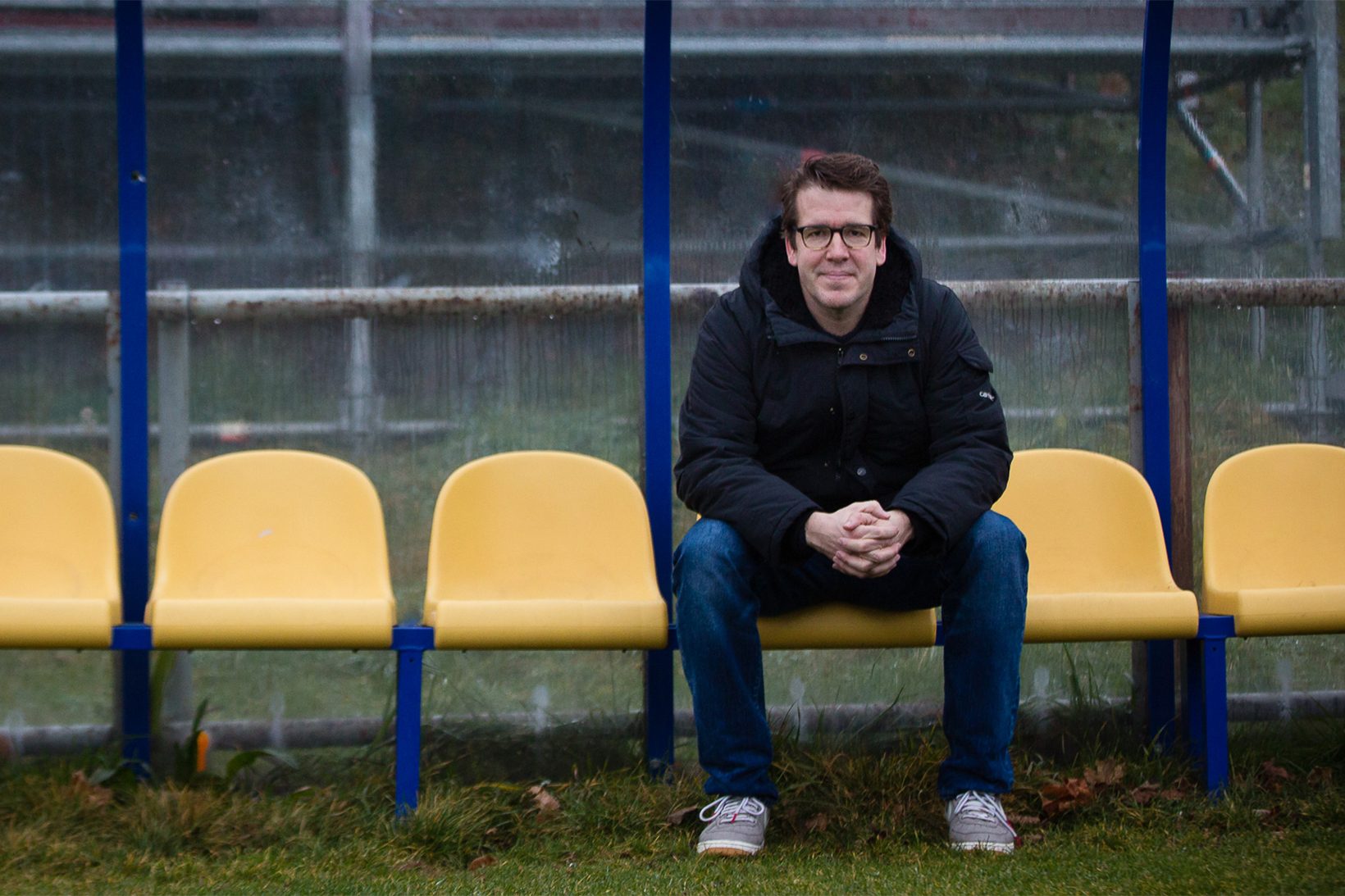 Soccer is and has always been important in Austrian society. In recent years, it has also become a relevant economic factor worldwide. Jonas Puck, from the Institute for International Business, has been investigating how soccer clubs can best develop and implement successful internationalization strategies. Marketing alone is not enough to build up an international fan base. More promising strategies include internationalizing the lineup or the trainer team, emphasizing a club’s unique, authentic culture, or internationally oriented youth work. 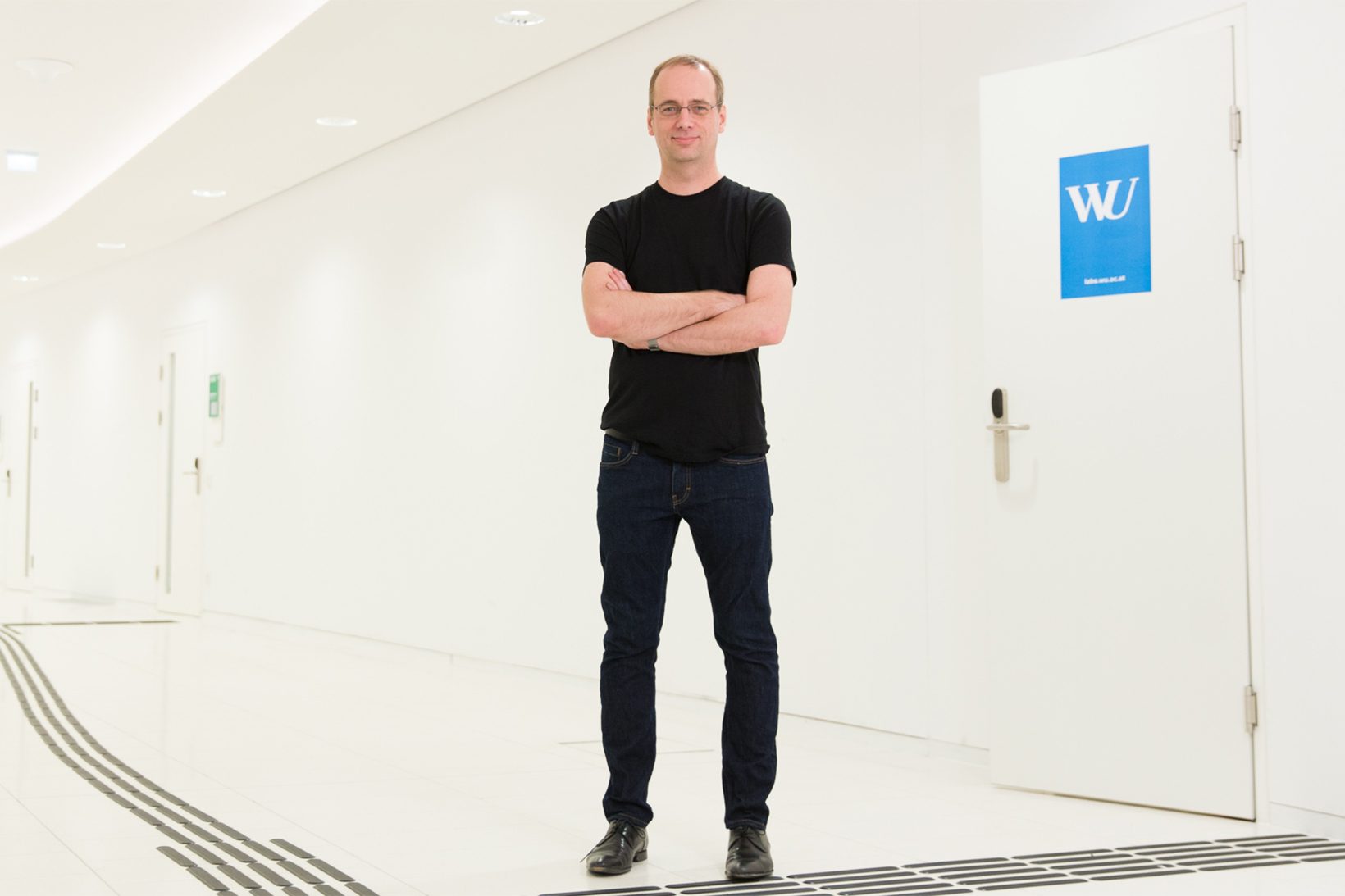 Online feedback: How the Wrong System Can Distort the Picture

Online shoppers often base their purchasing decisions on customer reviews. Ben Greiner, from the Institute for Markets and Strategy, investigated how online feedback systems need to be set up to generate honest, informative reviews. eBay allows buyers and sellers to provide mutual feedback. The study showed that positive reviews from buyers resulted in positive feedback from vendors, while negative reviews resulted in vindictive revenge feedback. For this reason, many people choose not to leave a review at all, which distorts the overall picture. Changing the rules to delay publishing feedback until both parties have submitted their review leads to a more effective feedback system. 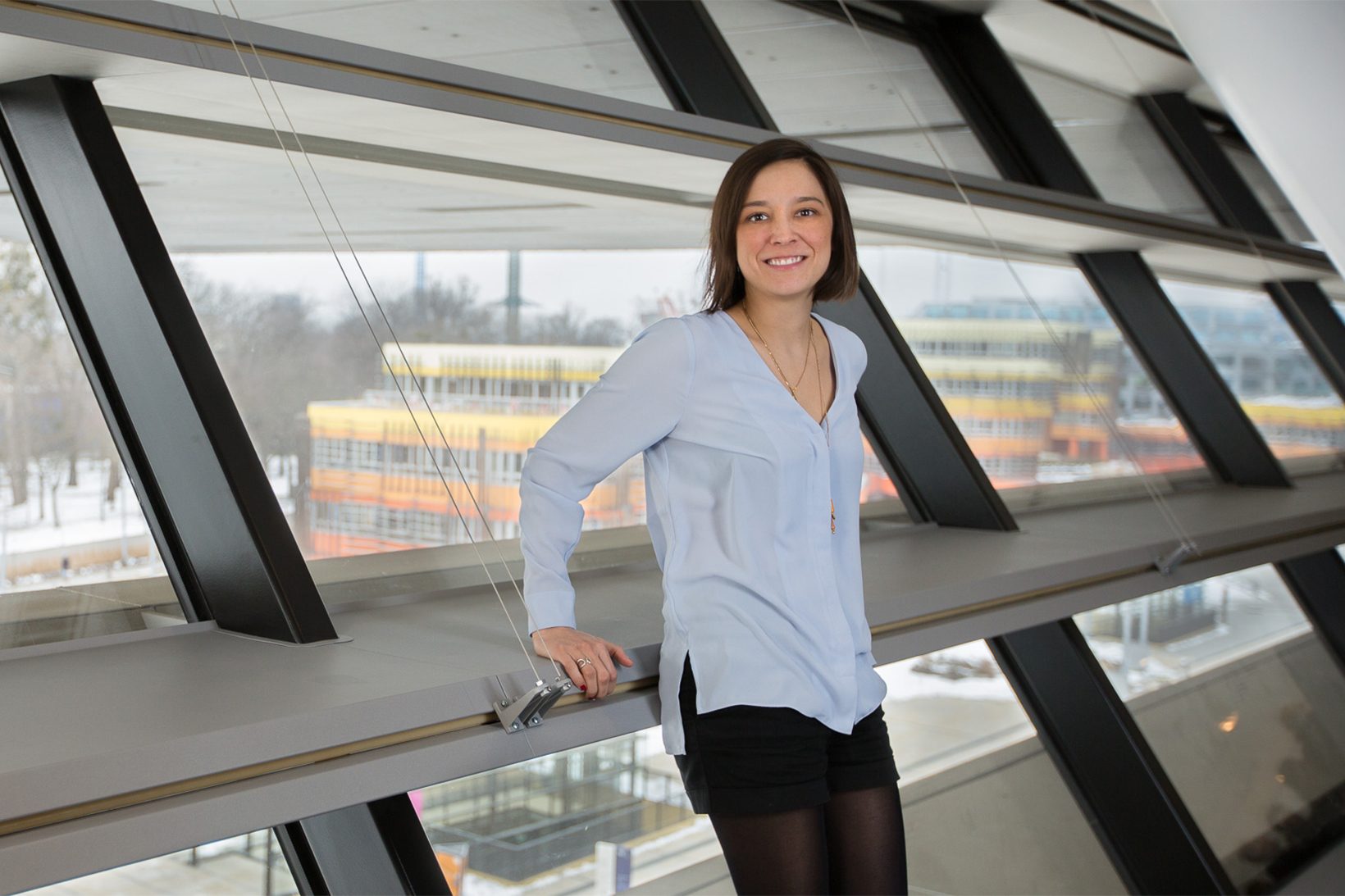 The annual reports published by 100 large enterprises fill a total of 25,000 pages every year, and include descriptions of companies’ corporate social responsibility activities. Stéphanie Mittelbach-Hörmanseder from WU’s Financial Accounting and Auditing Group investigated the annual reports of publicly listed companies and found that companies based in liberal market economies like the USA, where legal regulations are less extensive, word their reports differently than firms in typical coordinated market economies like Austria, which are characterized by stricter and more far-reaching regulations. Companies in liberal market economies place significantly more emphasis on topics like education, philanthropy, and parental leave policies, for example. 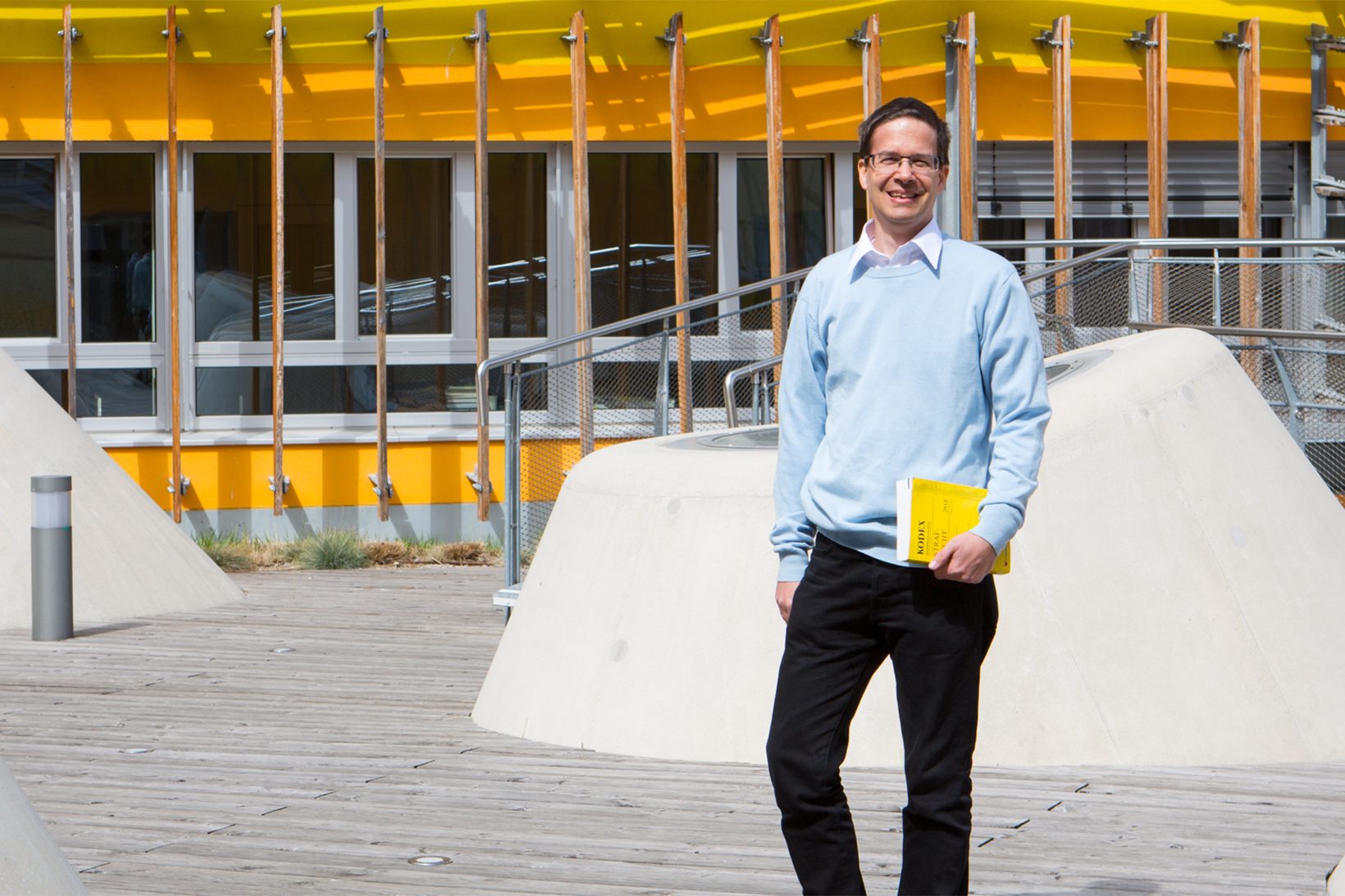 What Can Corporations Get Away With?

In 2006, new legislation entered into effect in Austria that made it possible to hold corporations, and not just natural persons like employees or executives, liable for criminal acts. Robert Kert, professor at the Institute for Austrian and European Economic Criminal Law, looks at how corporations can actually be prosecuted and which consequences they face if sentenced. His results show that the fines are manageable, especially for large companies. However, corporate criminal liability has proven effective nevertheless. 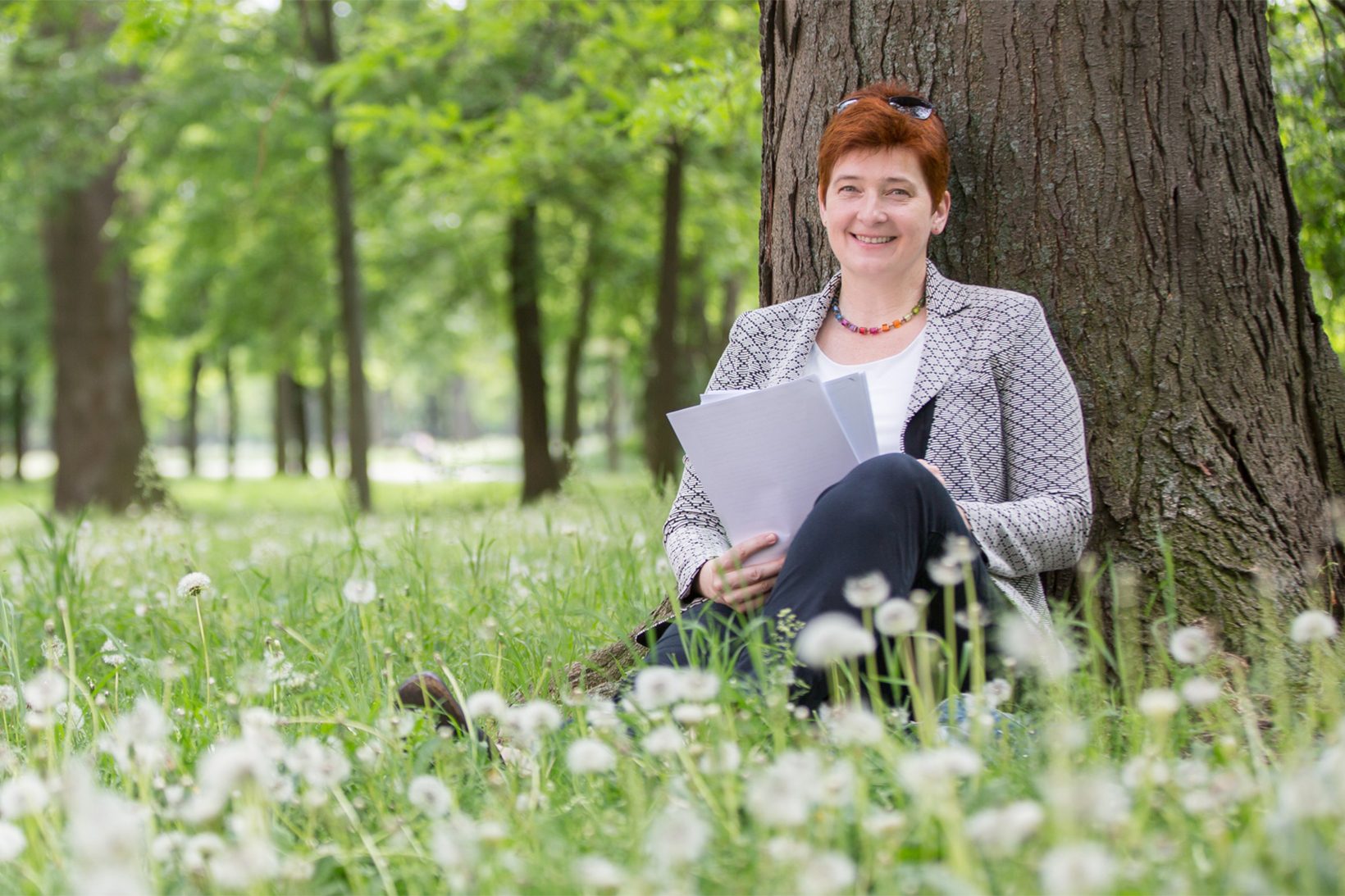 Many products appear to be cheap, even though they really aren’t: The costs of these products are often shifted from consumers to other people, in the form of cheap labor, bad working conditions, and environmental impact. Sigrid Stagl, head of WU’s Institute for Ecological Economics, is working on methods that make it possible to measure the true costs of services, products, and economic policy decisions. Stagl and her team developed a participatory multi-criteria analysis that allows researchers to generate comprehensive future scenarios. Ranked by their degree of social desirability, these then serve as the basis for comprehensive, sustainable decisions. 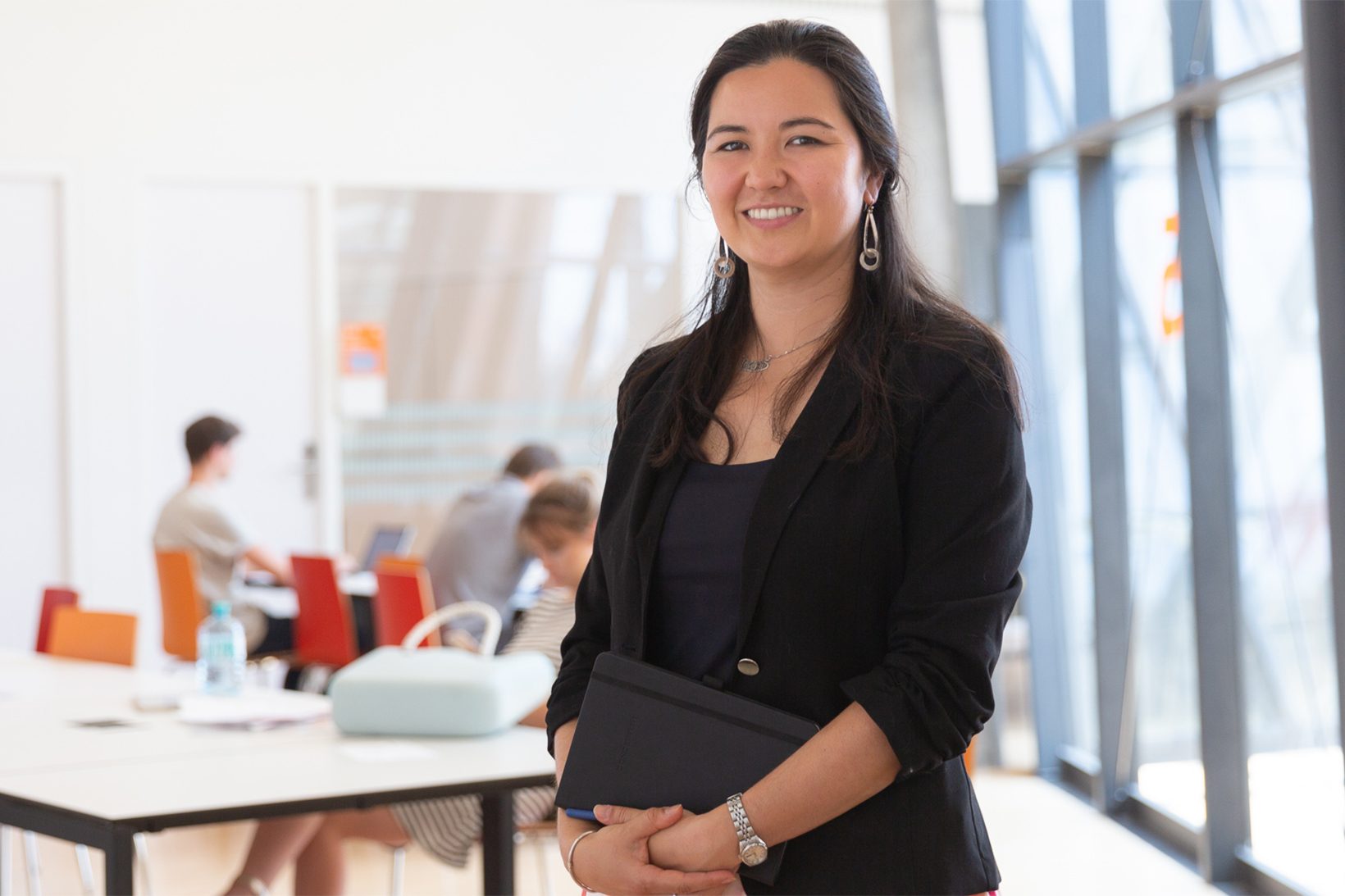 English from the Chatroom to the Boardroom

Working in international teams, travelling the globe, speaking multiple languages – for many people today, this is the norm. But working in a foreign language such as English is not easy for everybody. Miya Komori-Glatz, of the Institute for English Business Communication, studies the effects of English as a working language in teams. If employees are motivated, it can result in a common, inclusive development and learning process. Employers may need to continue to offer certain information in the predominant national language to prevent employees missing out on key information or to avoid dependence on certain individuals. 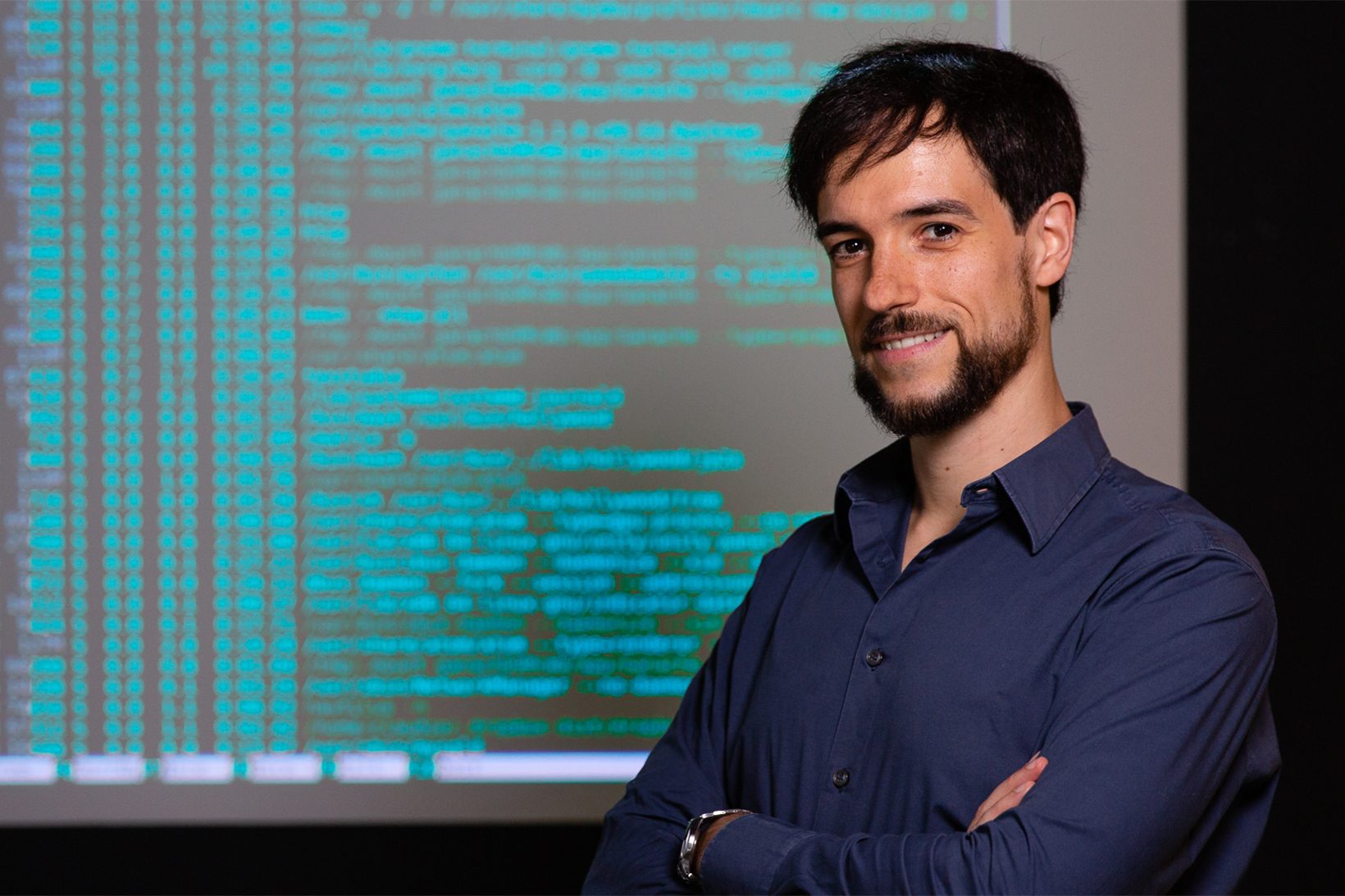 In freight logistics, delayed and diverted flights can result in massive additional costs and organizational hassles for transport companies. Often, trucks are dispatched to the wrong airports to wait to collect freight containers and then have to be rerouted. Claudio Di Ciccio from the Institute for Information Business and his team have developed an early alert system to help inform logistics providers ahead of time about changes in flight plans. The software is based on a self-learning algorithm that analyzes real-time flight data to predict deviations from scheduled flight plans. Both CO2 emissions and costs can be efficiently reduced because unnecessary trips and empty miles can be minimized. 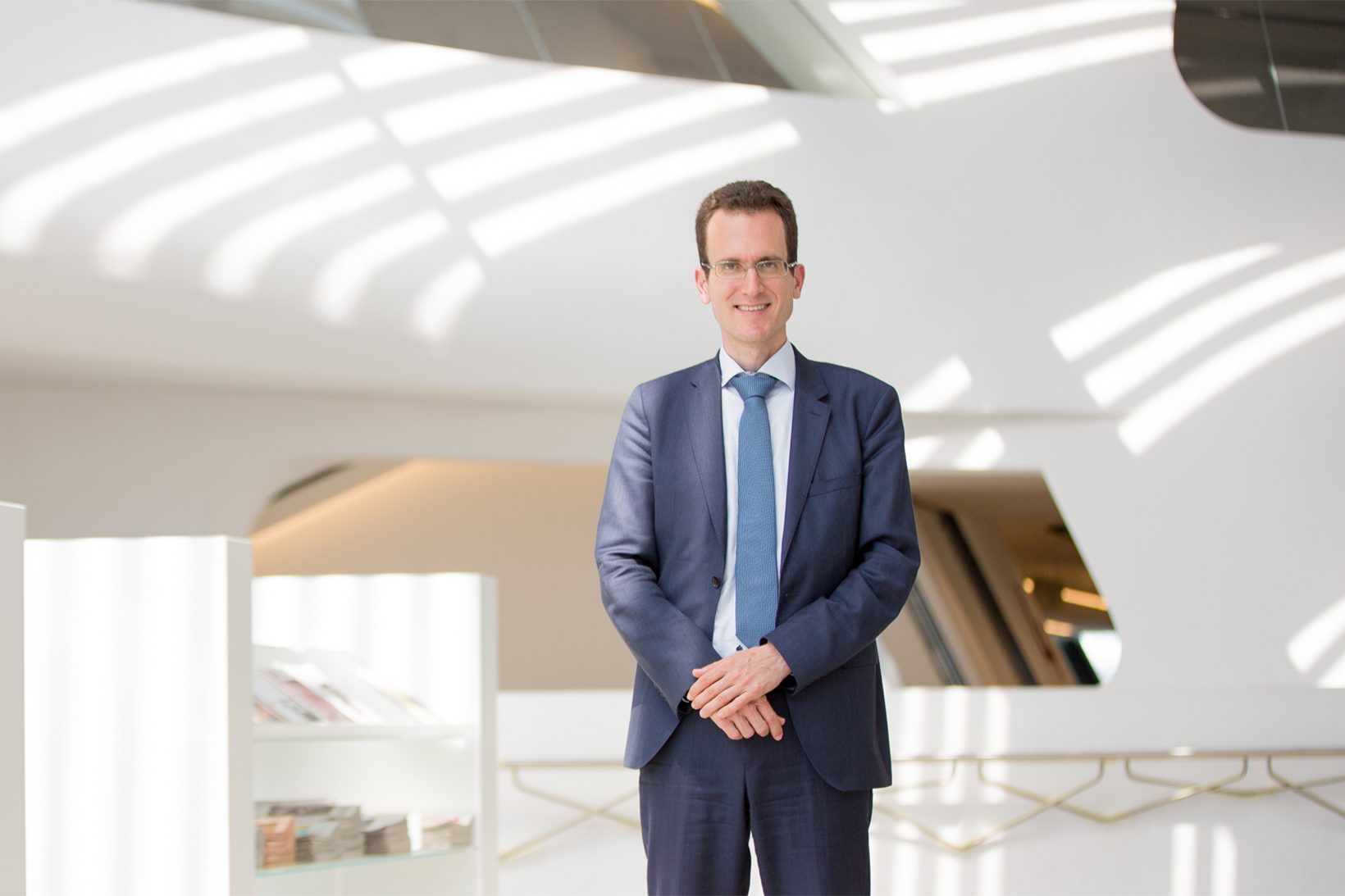 Huge internet companies like Facebook, Google, and Amazon pay on average less than 10% corporate tax in the EU, in spite of earning enormous revenues. In comparison, traditional companies pay more than double that amount. Alexander Rust from the Institute for Austrian and International Tax Law looks at how to establish a level playing field in the competition between digital and traditional companies. Currently, companies pay corporate tax only in the country in which they have a physical presence or production facilities. A digital tax would make companies subject to taxation in the countries where they do business. Long term, this could lead to taxing traditional companies in their customers’ countries, which would result in massive losses in tax revenue for countries like Austria, which depend heavily on exports. 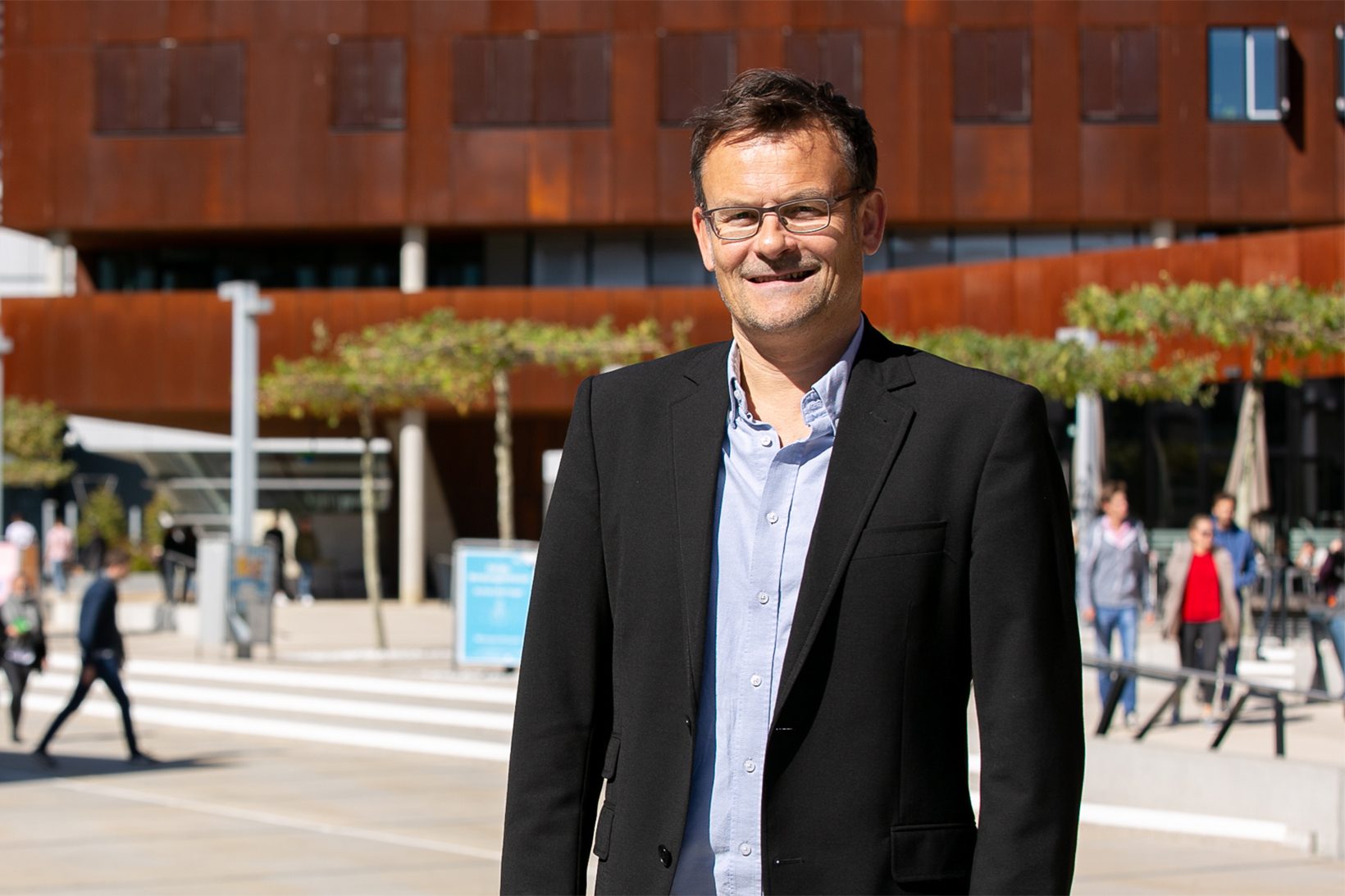 How Much Are My Customers Worth?

Not all customers are equally valuable to an organization. Building customer relationships with high long-term value is extremely important. In his research, Thomas Reutterer from WU’s Institute for Service Marketing and Tourism is looking at how we can measure and predict the imaginary long-term value of customers, a concept called customer lifetime value. The study showed that the regularity of customer interaction is a crucial factor. If this information is taken into account, it is possible to make much more accurate predictions of how much value a customer will bring to an enterprise. 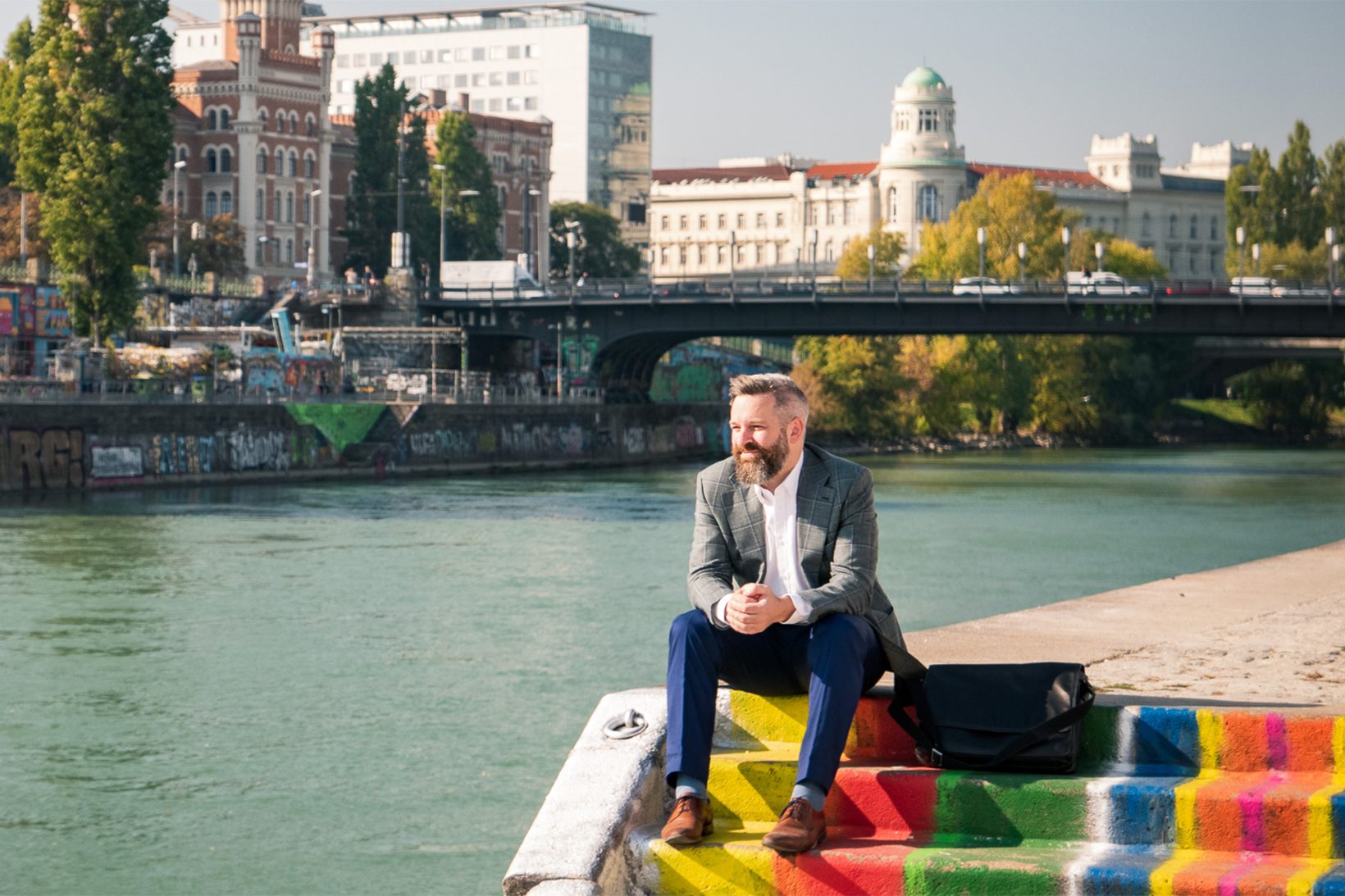 How Are City Administrations Reacting to the Sharing Economy?

“Sharing economy” refers to the increasing trend towards “sharing rather than owning” and is, these days, a predominantly urban phenomenon. People share not only apartments, cars, and bicycles, but also tools, office space, community gardens, and much more. Markus Höllerer, Institute for Public Management and Governance, analyzes how city administrations worldwide interpret the sharing economy and come up with corresponding governance responses. Cities that generally interpret the sharing economy as societal enhancement are more likely to call in experts and consider providing municipal sharing programs. Cities that perceive the sharing economy as societal endangerment, on the other hand, react with regulation efforts. 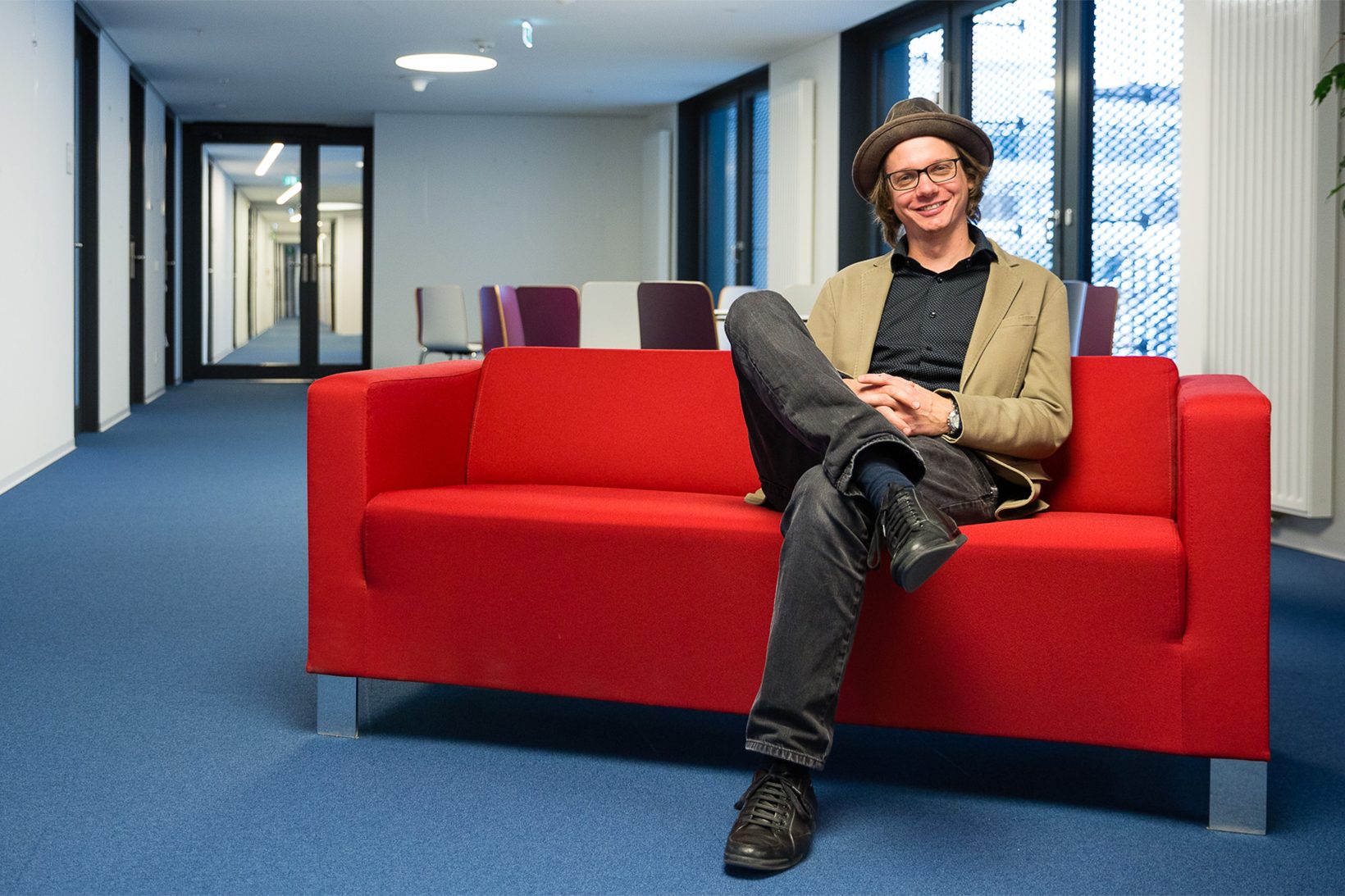 In 2017 alone, the EU spent around € 53.5 billion on funding for European regions. These funds are intended to strengthen the regions’ economies and create jobs. A current study conducted by WU Professor Harald Oberhofer and his team has shown that EU funding has an influence on inhabitants’ voting behavior. Based on the results of the 2017 presidential elections in France, the researchers were able to demonstrate that those regions that benefited most from EU funding actually do vote in a more pro-European direction.