2018 was an eventful year at WU. Our rector was confirmed for a second term, and in addition to a few changes to the Rector’s Council team, she plans to draft a comprehensive digitalization strategy for WU. A budget increase of 17% will allow us to recruit new faculty members.

Edeltraud Hanappi-Egger has been the rector of WU since October of 2015. In her first term of office, she focused on WU’s further development as an outstanding educational and research institution. One visible confirmation of the success of these efforts is the renewal of WU’s EQUIS accreditation for the longest possible period of 5 years. In their report, the reviewers concluded that WU exceeds the required standards for reaccreditation in 11 sub-areas.

With the introduction of the first English-taught bachelor’s program in economics and social sciences ever offered at a public university in Austria, WU is taking a major step forward in its internationalization strategy. The program has been well received, and over 1,000 prospective students applied for 120 places.

As rector, Hanappi-Egger puts students first. Among other things, she has taken steps to establish a more welcoming atmosphere at WU. Educational levels in Austria depend strongly on social conditions, and educational mobility is rare. Students from less-educated families are underrepresented at WU, as they are at other Austrian universities. WU created the WU4YOU scholarship program to give talented high school graduates the opportunity to pursue higher education. In 2018, we were able to award 12 new scholarships, and a total of 29 students are already studying on WU4YOU scholarships.

The rector has big plans for her upcoming second term of office, which begins on October 1, 2019: She wants to increase WU’s level of internationalization, encourage cutting-edge research, and at the same time promote knowledge transfer activities between the university and society. Another key topic for the future is digitalization. WU aims to be not only a leading institution in this field, but also to establish a new focus on the digital economy in research and teaching.

“Rector Hanappi-Egger’s presentation of her concept for the future of WU was convincing. The decision was unanimous.”
University Board Chair Cattina Leitner

Edeltraud Hanappi-Egger will be making some changes to the composition of the Rector’s Council in her second term. 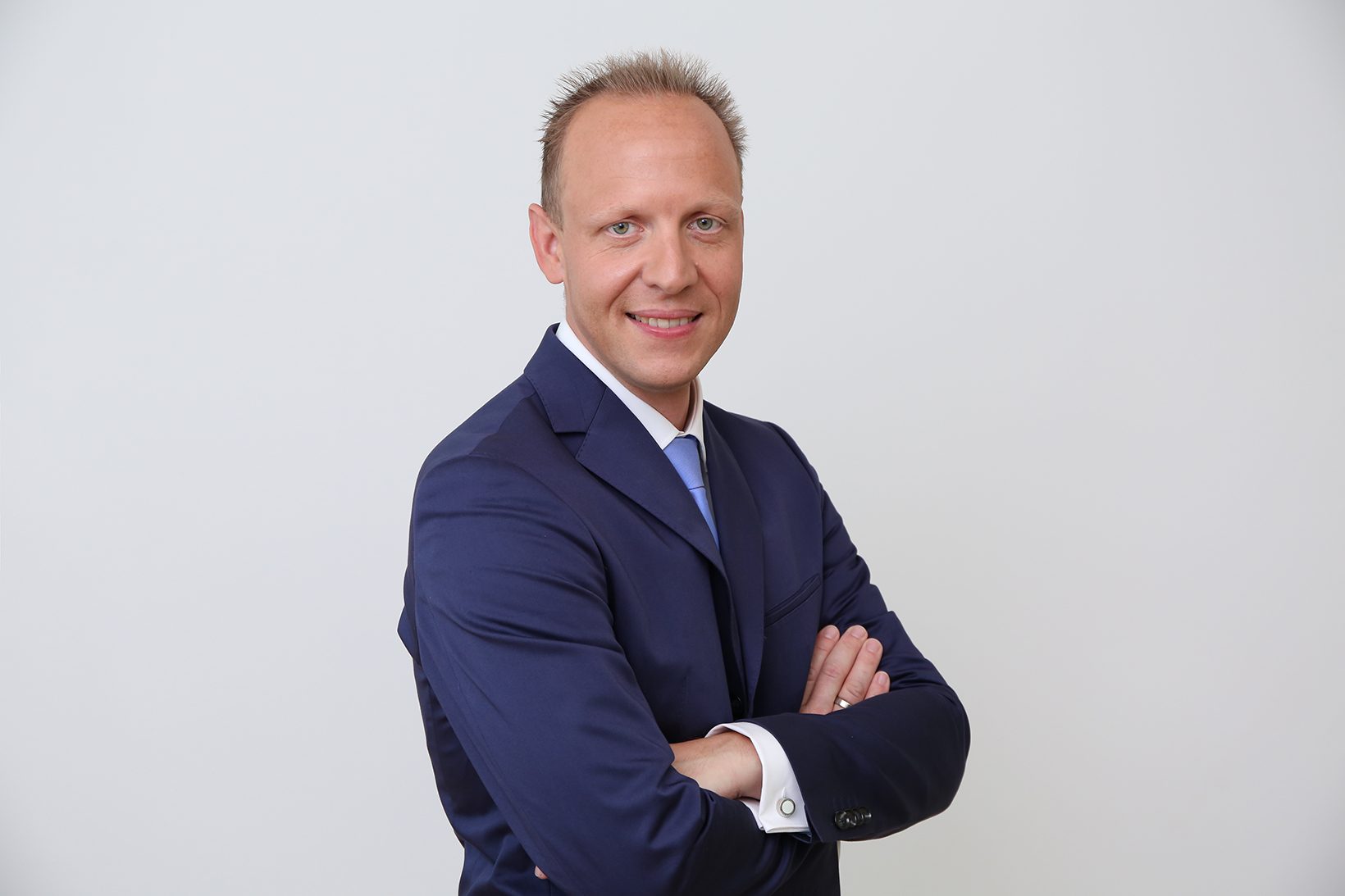 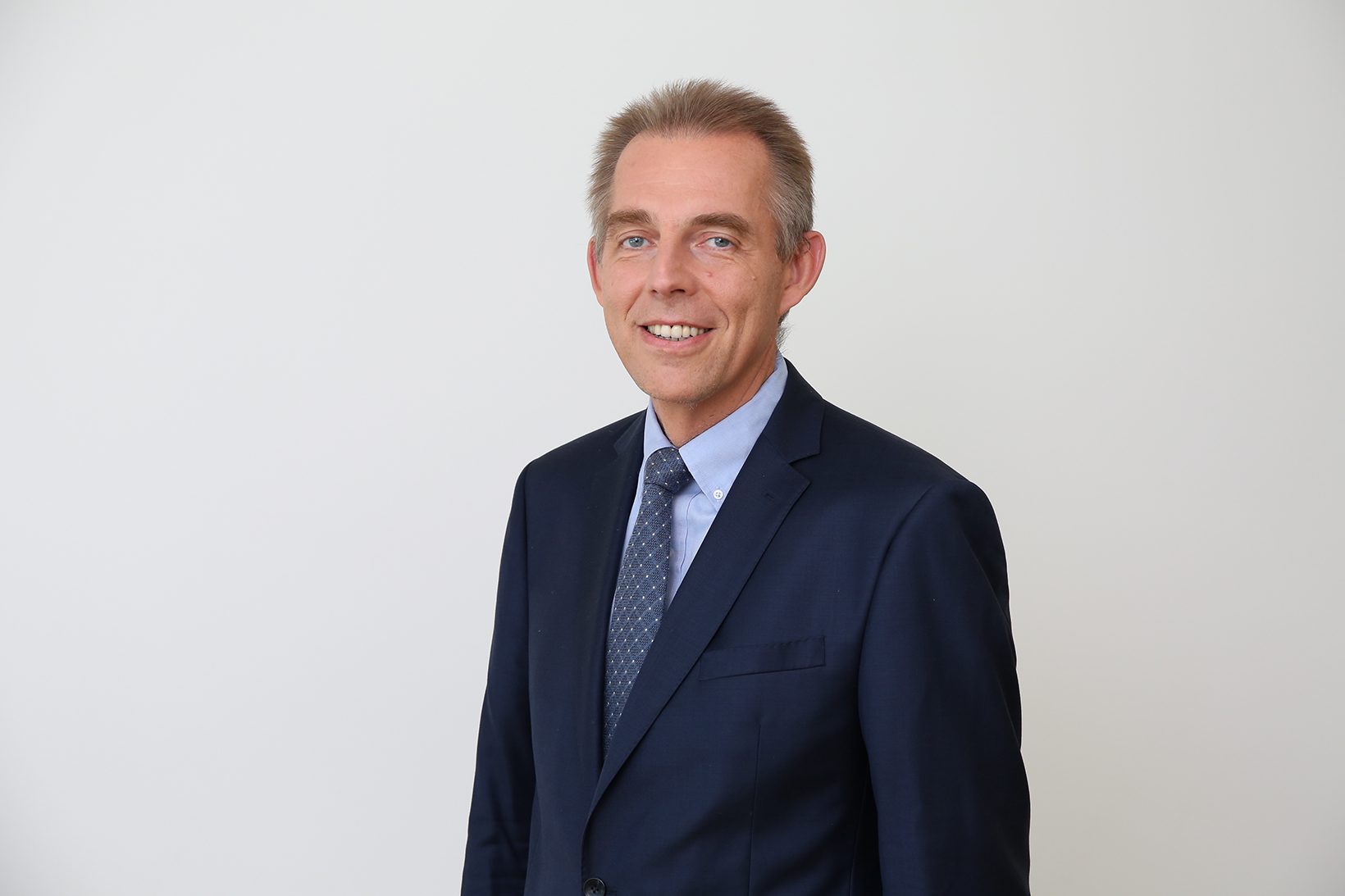 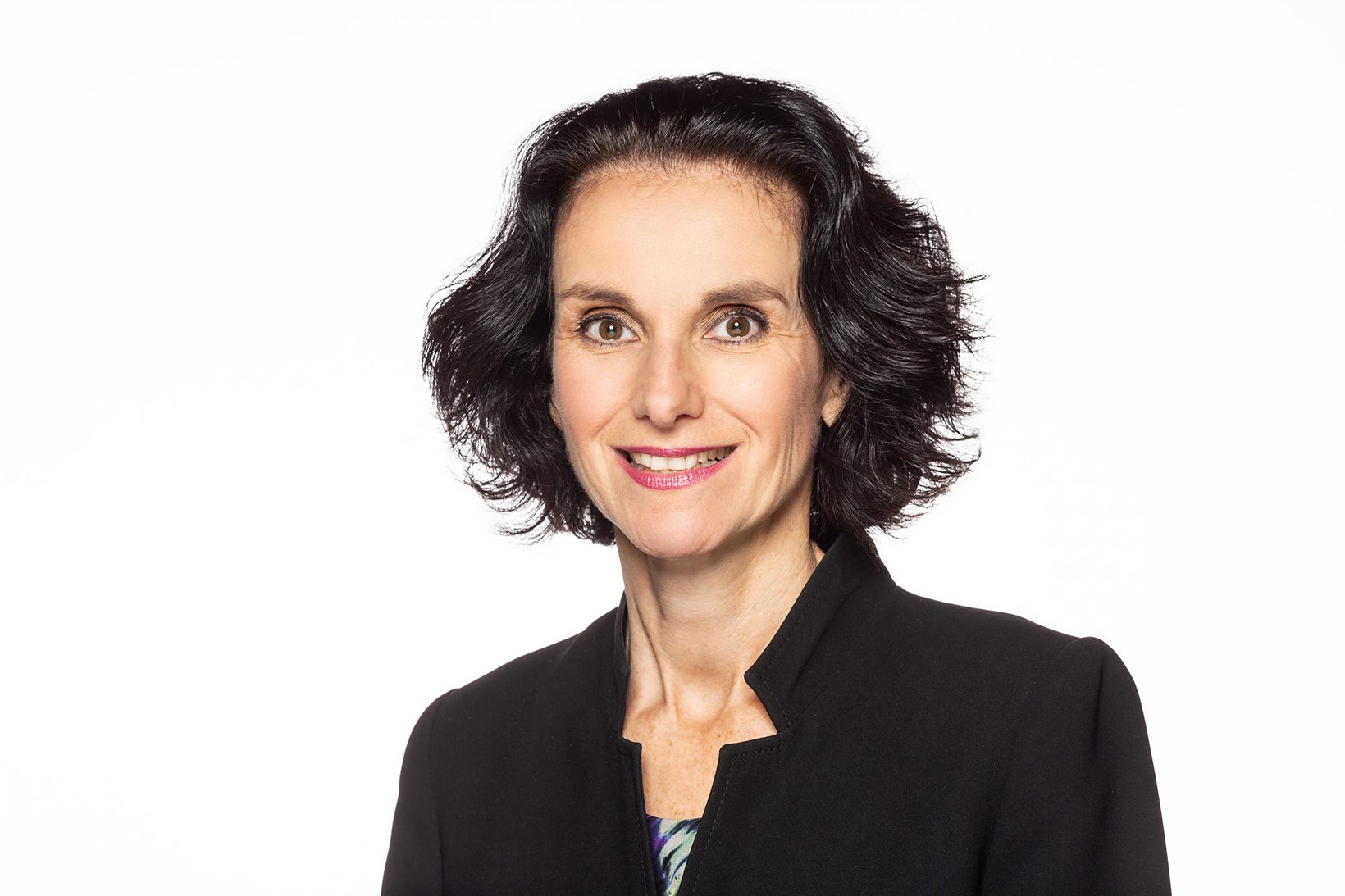 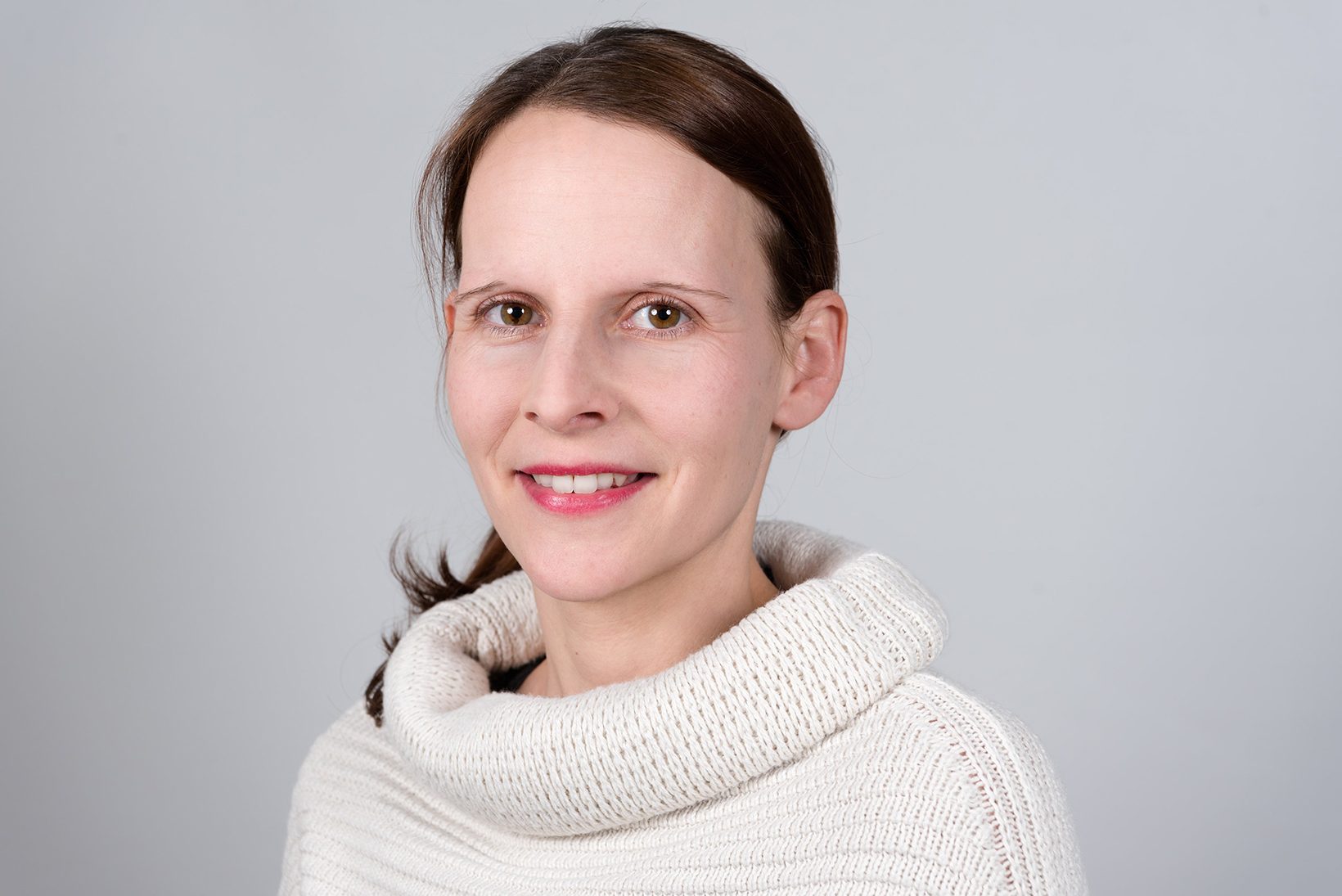 One crucial topic for tomorrow’s universities is a comprehensive digitalization strategy. With former IBM Country General Manager and WU graduate Tatjana Oppitz, WU has recruited a long-standing executive with considerable international experience and a high regard for education as Vice-Rector for Infrastructure and Digitalization.

Margarethe Rammerstorfer, the designated Vice-Rector for Academic Programs and Student Affairs, is an experienced and committed teacher who is open to new trends. Harald Badinger and Michael Lang have been part of the Rector’s Council team since 2015.

WU’s budget negotiations with the Federal Ministry of Education, Science and Research were extremely successful. WU was granted the maximum possible increase of 17% for the years 2019 to 2021, enabling us to advertise 30 new positions for professors and tenure track faculty. This will both help improve our student-teacher ratio and have a highly positive impact on research performance.

Universities are required by law to appoint a University Board in a supervisory function. The University Board is made up of five, seven, or nine members who hold positions of responsibility in society and who, through the experience and expertise they bring to the board, support the university in reaching its goals and performing its duties. The Senate and the federal government each appoint an equal number of board members, and one further member is appointed by unanimous decision of the board itself. The term of office is five years.

The board’s responsibilities include supportive and foresighted supervision and strategic planning. It is responsible for approving the draft of the Performance Agreement to be negotiated between the Federal Ministry of Education, Science and Research and the Rector’s Council, which is crucial for the university’s funding, the budget proposal, and the Rector’s Council’s Strategic and Organizational Structure Plans. A further important task is the election of the rector and the appointment of the other members of the Rector’s Council.

WU’s University Board for the 2018–2023 term consists of the following members: Chair of the board is lawyer Cattina Leitner (DORDA Attorneys at Law), with extensive experience as a former chair of the University Board of the Medical University of Graz. Deputy chair Stephan Koren, CEO of immigon portfolioabbau AG, has been a member of WU’s University Board since 2013. Christine Dornaus, member of the board of directors of Wiener Städtische Versicherungs AG, Barbara Kolm, president of the Friedrich August von Hayek Institut and director of the Austrian Economics Center, and Vienna native Valentin Stalf, currently residing in Berlin and well known as the co-founder and CEO of the mobile bank N26, complete the WU University Board.

It is particularly important to WU to acknowledge those people who have been a part of WU’s journey. The Ring of Honor is awarded to recipients who have “rendered outstanding services to the fields of science entrusted to WU or to the university itself.”

The title “WU Manager of the Year” is awarded by WU to outstanding managers who have distinguished themselves through their exemplary work both in their companies and for the community.

We would like to thank Brigitte Jilka for her many years of service on the WU University Board. She has supported the Rector’s Council through several accreditation processes and participated in two Rector’s Council elections. 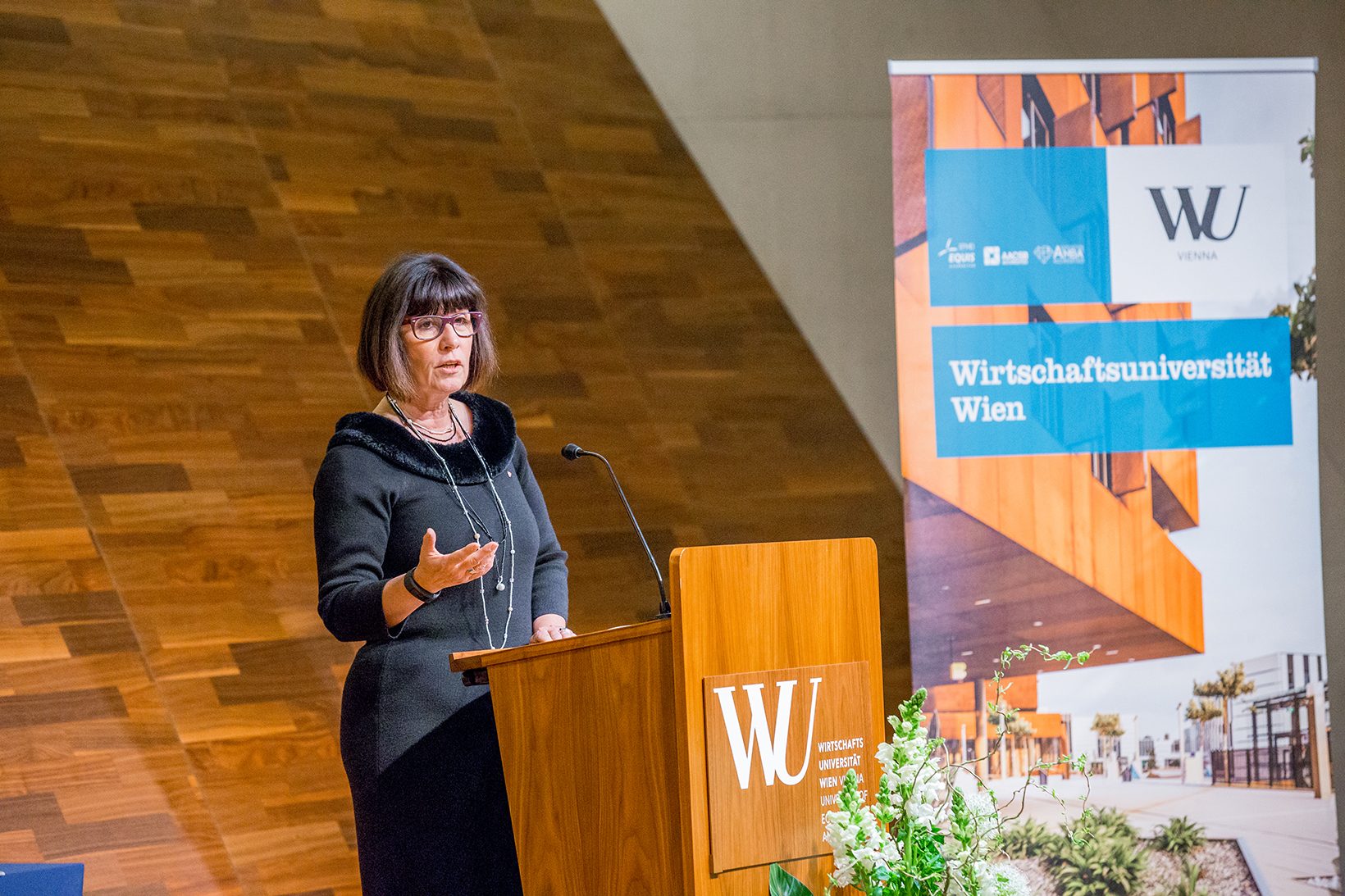 OeNB Governor Ewald Nowotny has been associated with WU for a very long time – as a professor, vice-rector, member of the University Board, and as a supporter and sponsor of WU. The Ring of Honor was awarded to him in recognition of these many years of friendship. 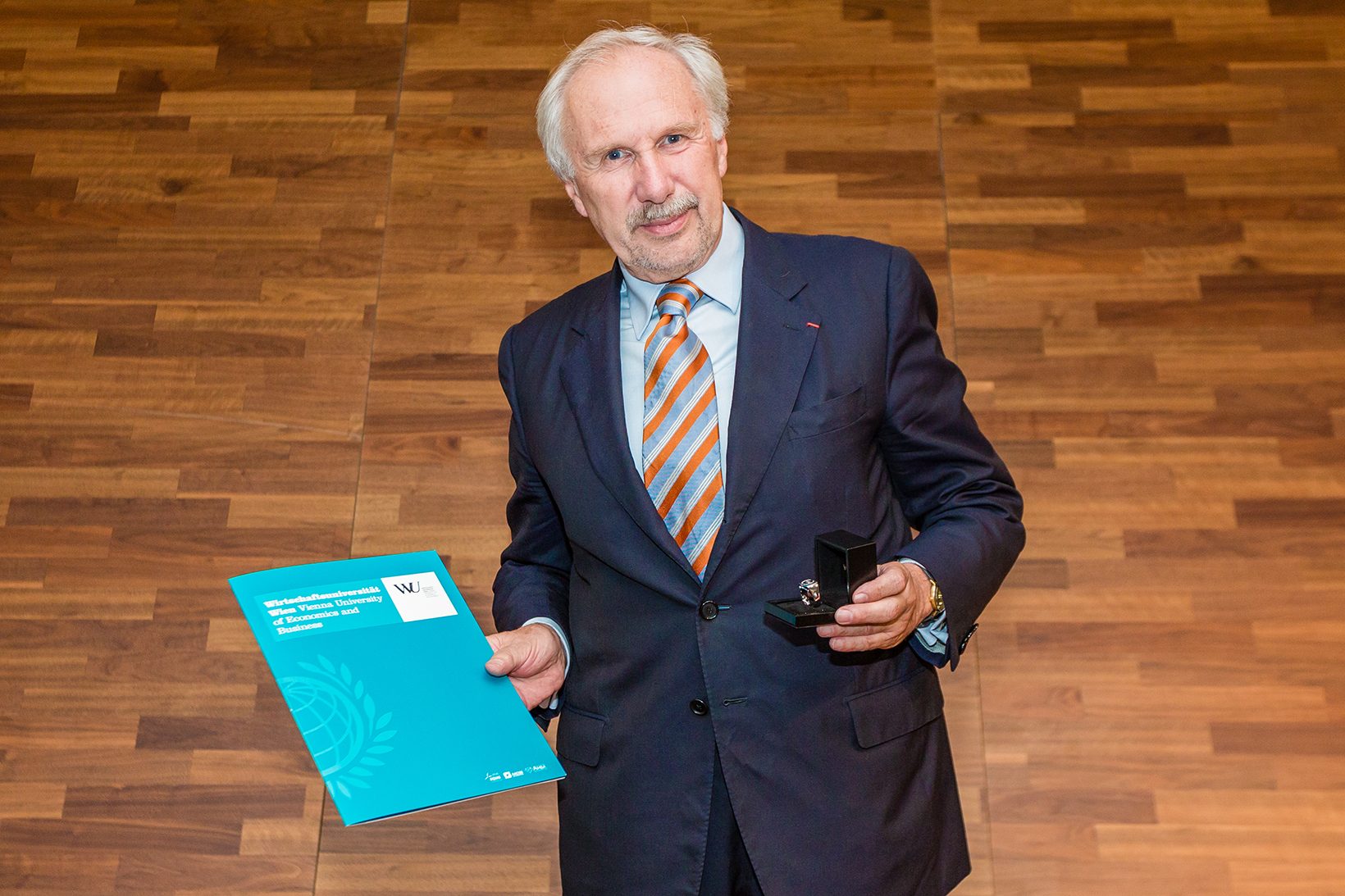 WU Manager of the Year

Hikmet Ersek is a WU graduate and the CEO of Western Union, the global leader in cross-border money-movement services. As a manager, he recognized the potential of digitalization early on and has created an exemplary intercultural working environment. WU honored these achievements by selecting him to be the 2018 WU Manager of the Year. 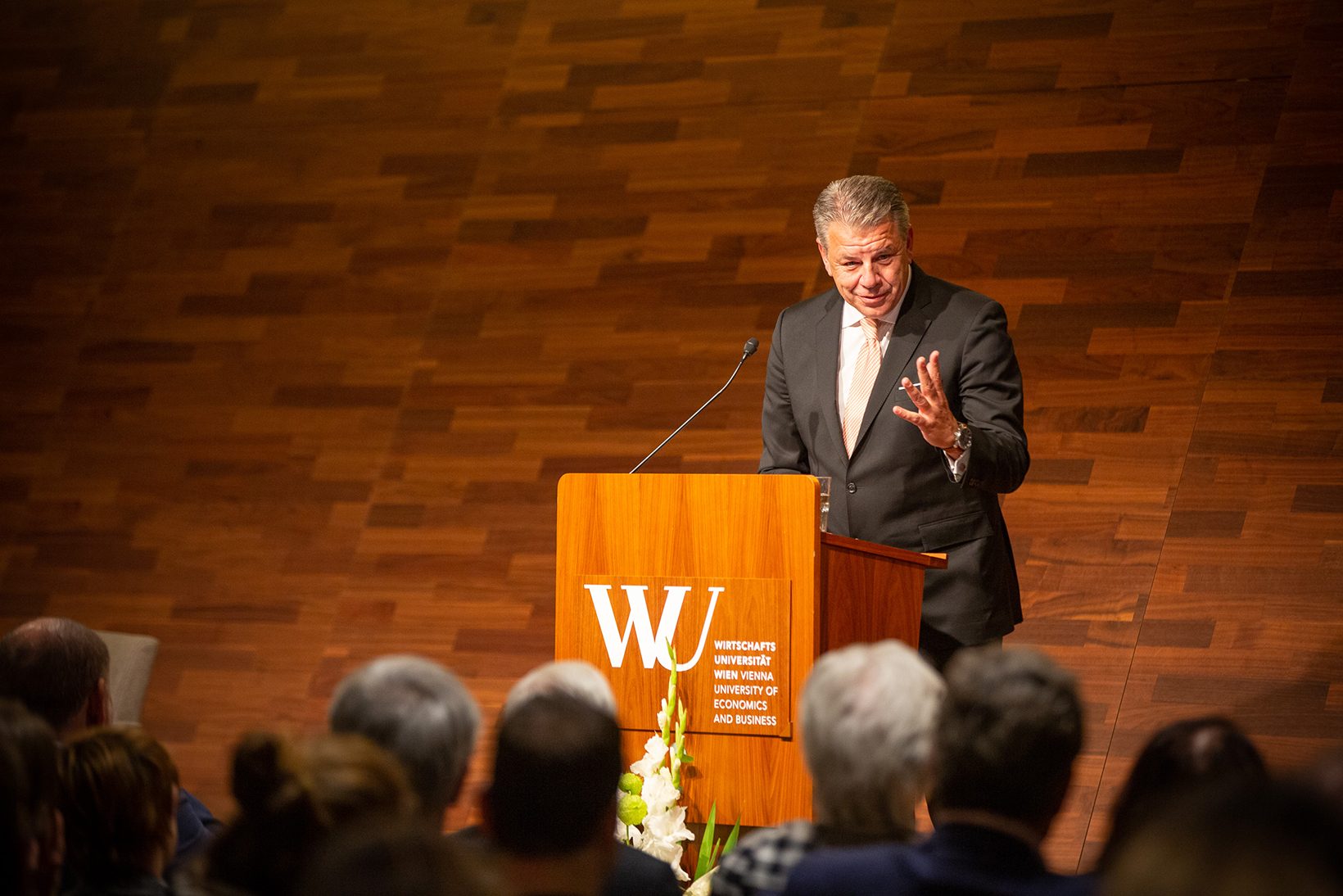