We were pleased to welcome ten new senior faculty members to WU in 2018. By bringing their expertise to WU, these respected experts will help strengthen WU’s research and teaching.
Marcel Bilger 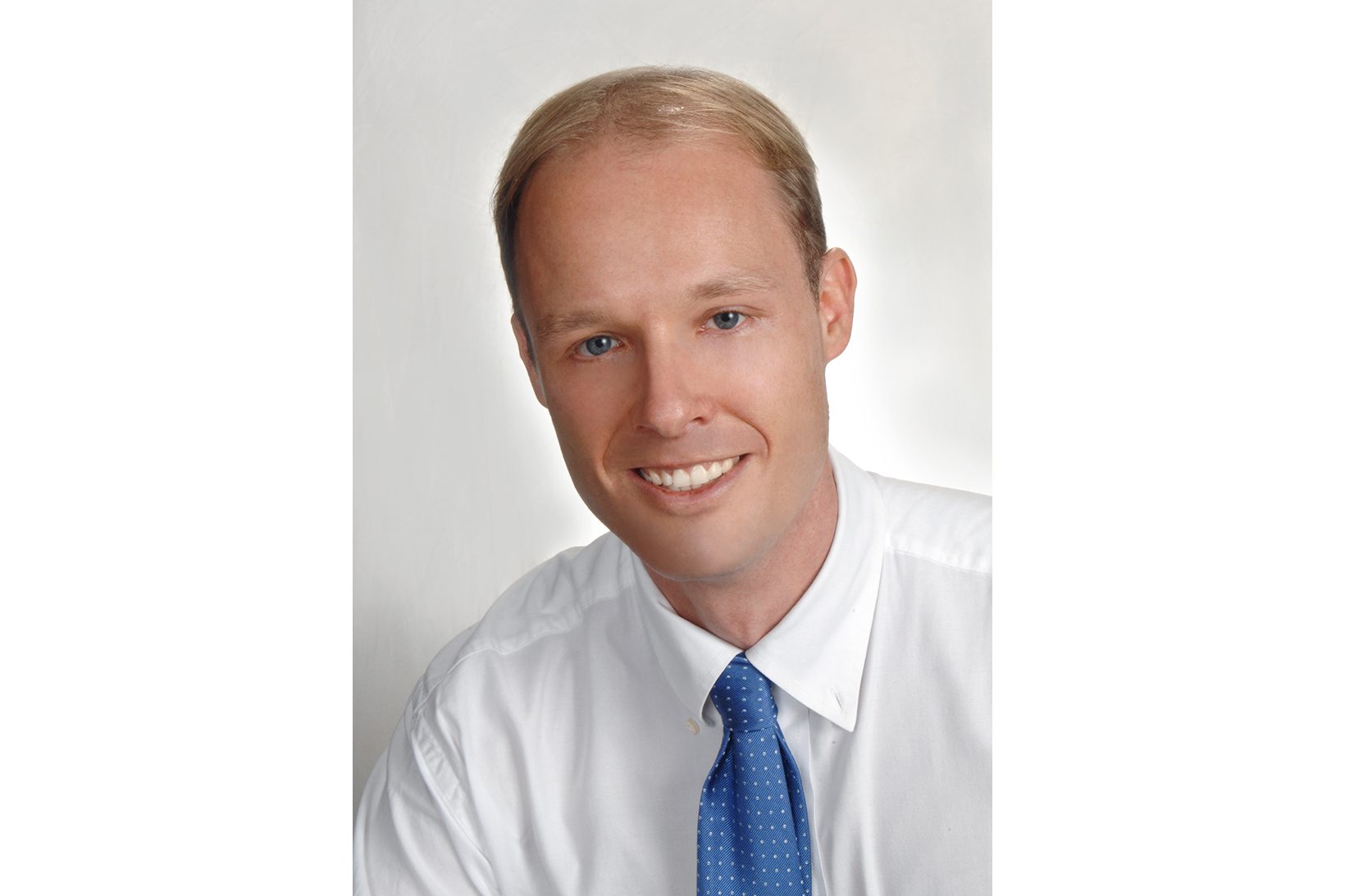 Marcel Bilger completed his PhD in econometrics and statistics at the University of Geneva and went on to do research at the Harris School of Public Policy (University of Chicago) before switching to the Duke-NUS Graduate Medical School in Singapore in 2011, where he worked in the Signature Program in Health Services & Systems Research as an assistant professor and Assistant Director for Education. 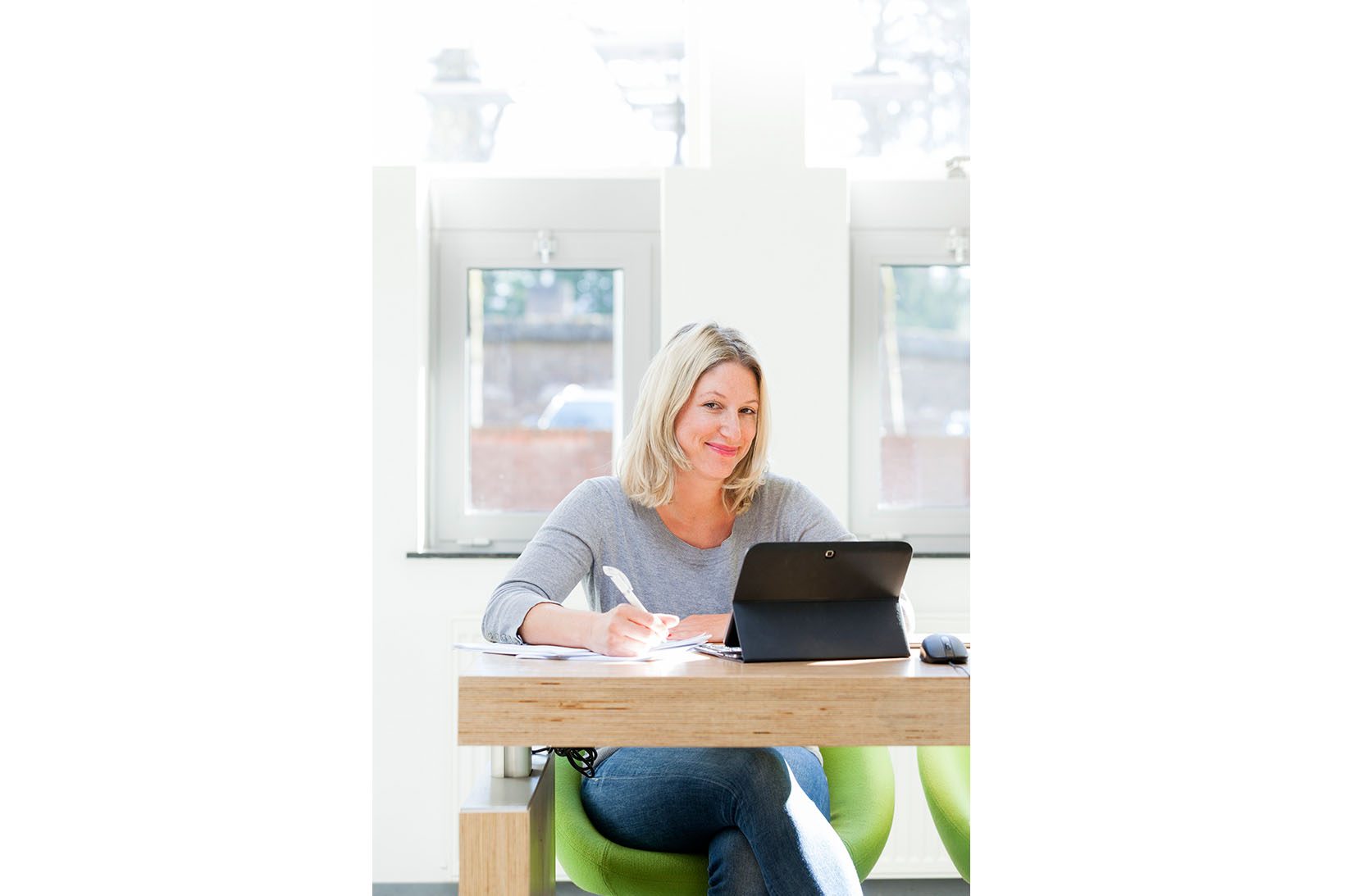 Isabella Grabner has been working at the Department of Strategy and Innovation since October 2018. As part of her professorship for Management Control and Strategy Implementation, she researches the design of business management systems with a focus on performance measurement and incentive systems as well as their role in the management of creativity and innovation. She is also interested in the impact of performance management on the identification, development, and retention of talent, as well as the so-called “leaky pipelines,” the loss of female talent in senior management. Isabella Grabner has received several awards for her research. At WU, in addition to her academic activities, she also wants to strengthen her commitment to promoting diversity and inclusion with a view to gender equality policy.

Isabella Grabner received her doctorate from WU and started teaching at the Maastricht University School of Business and Economics in 2010. In the course of her academic career, she has completed research stays at Emory University, Goizueta Business School (Atlanta, USA), and the University of Technology in Sydney. 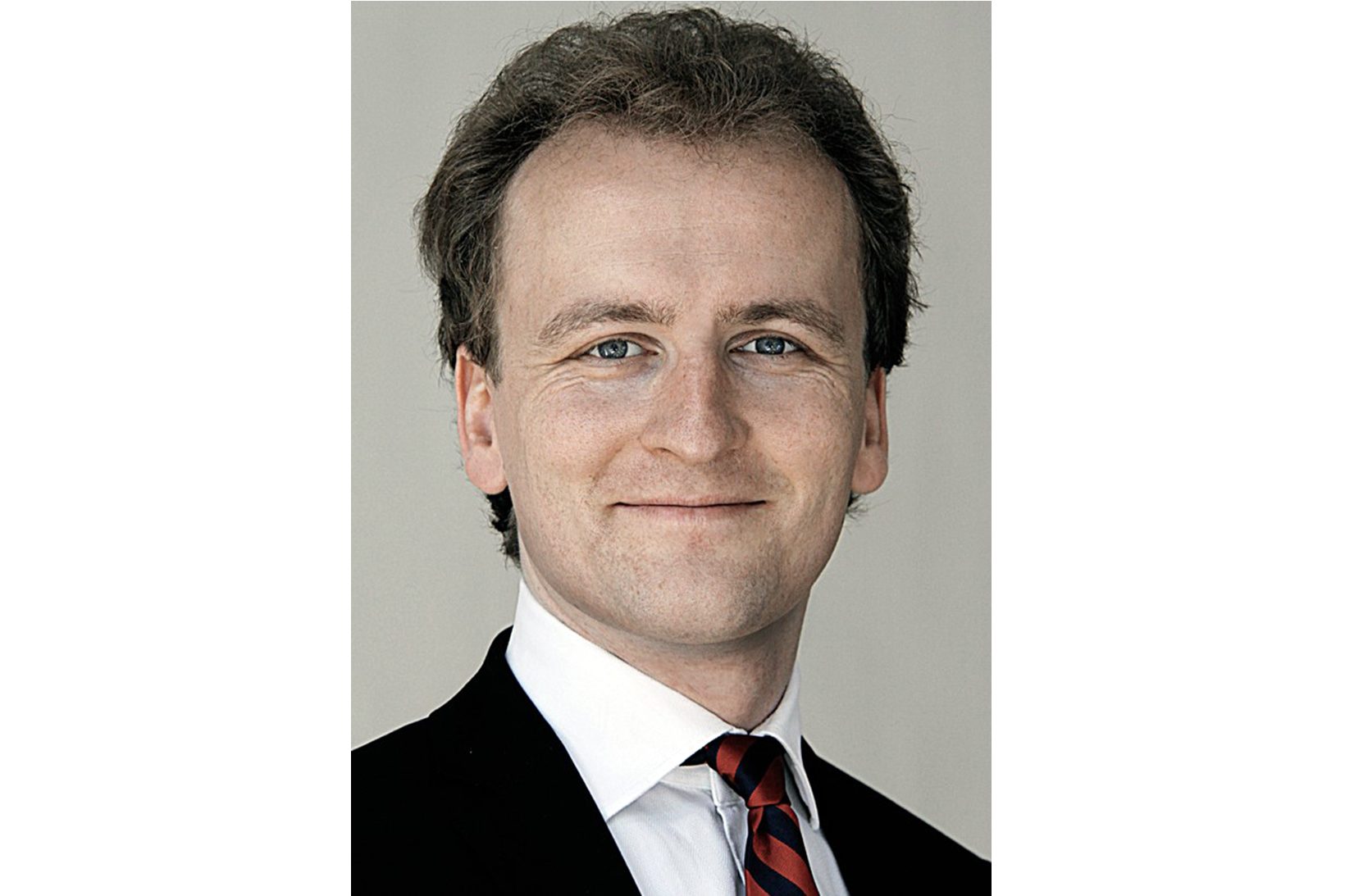 Sebastian Mock began his legal studies at the Friedrich Schiller University in Jena. After internships abroad in Mongolia and Japan, he spent a semester at the University of Montpellier 1 in France. He then moved to the University of Hamburg. There he passed the First State Examination in Law, received his doctorate in accounting law, and completed his legal education with the Second State Examination in Law. Further stays abroad led him to the New York University School of Law, where he took the New York Bar Exam in addition to completing a master’s degree. As part of his consulting work for the Agency for Quality Assurance and Accreditation Austria (AQ Austria), he was awarded accreditation for the LLM in International Law program at the Faculty of Law of KIMEP University in Almaty (Kazakhstan) in 2013. Sebastian Mock earned his venia docendi at Universität Hamburg with a thesis on legal doctrine. 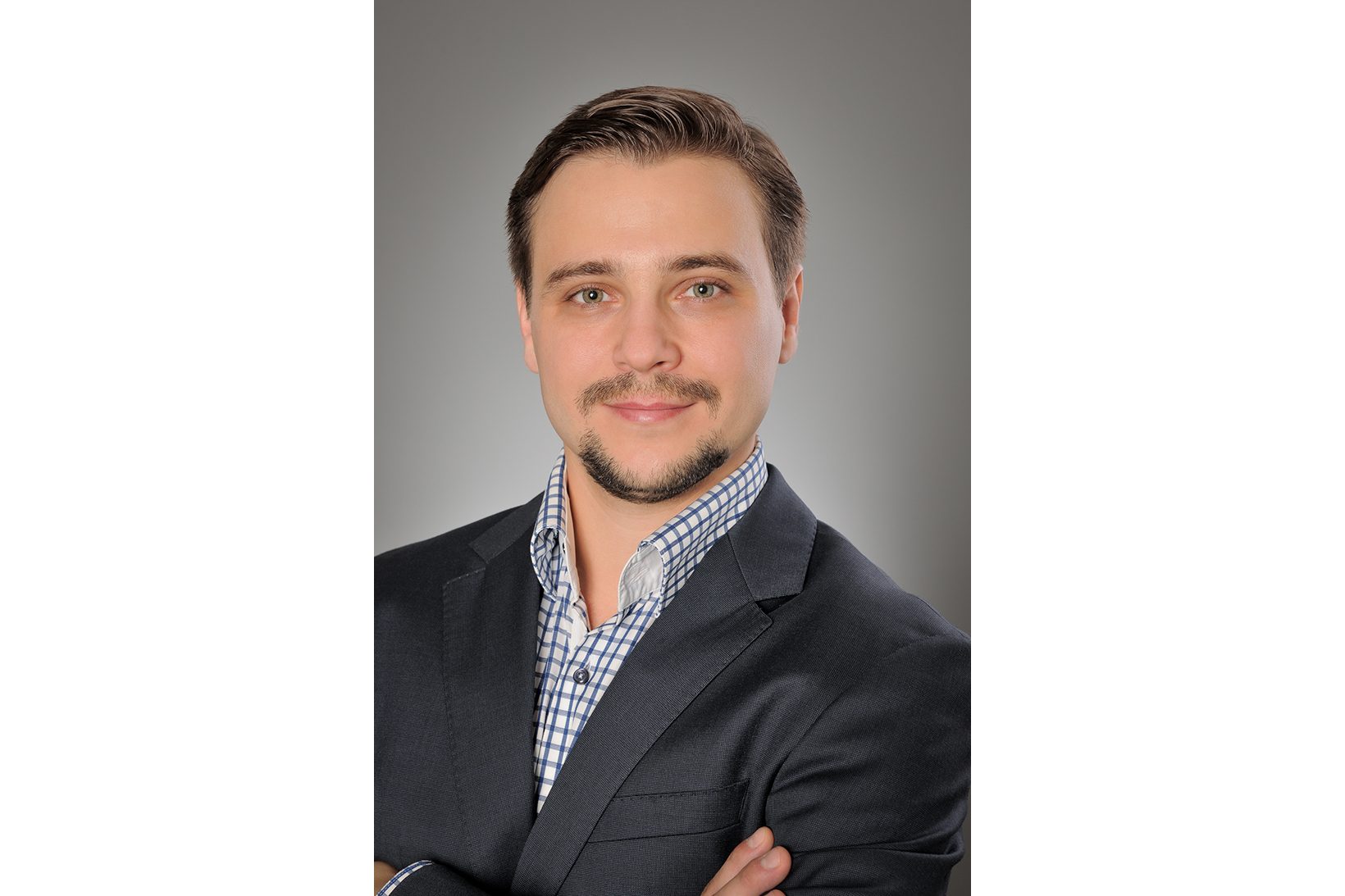 Zoltán Novotny-Farkas received his doctorate in economics from Goethe University Frankfurt in 2011. He then spent a year as a visiting scholar at the Wharton School at the University of Pennsylvania. He became a lecturer at Lancaster University in England in 2012, and progressed to senior lecturer in 2017. 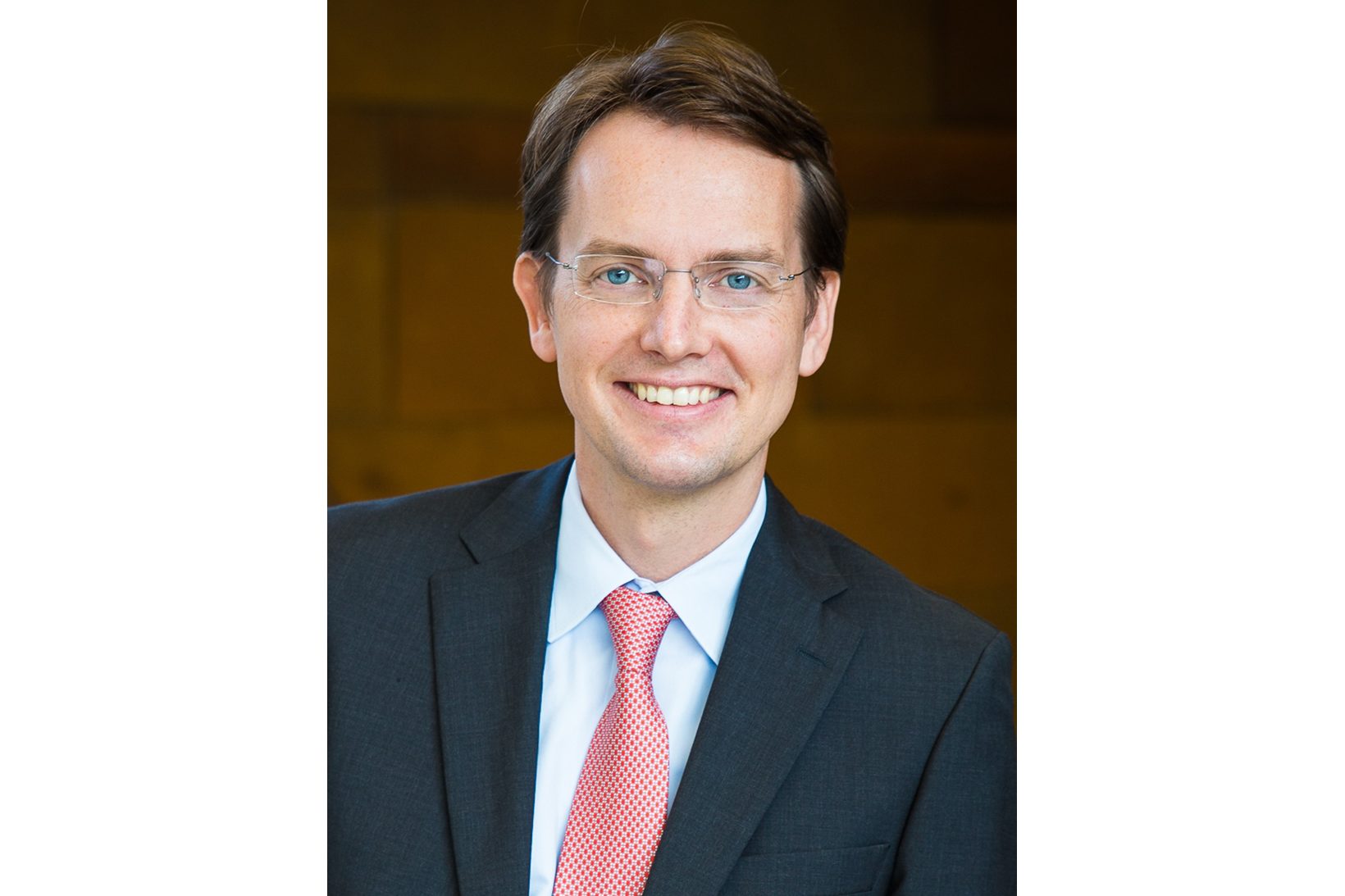 In September 2018, Stefan Perner took up his professorship in civil and corporate law at the Department of Private Law. In his research, he investigates the challenges of digital transformation for private law. At WU, Stefan Perner also plans to focus on insurance law. 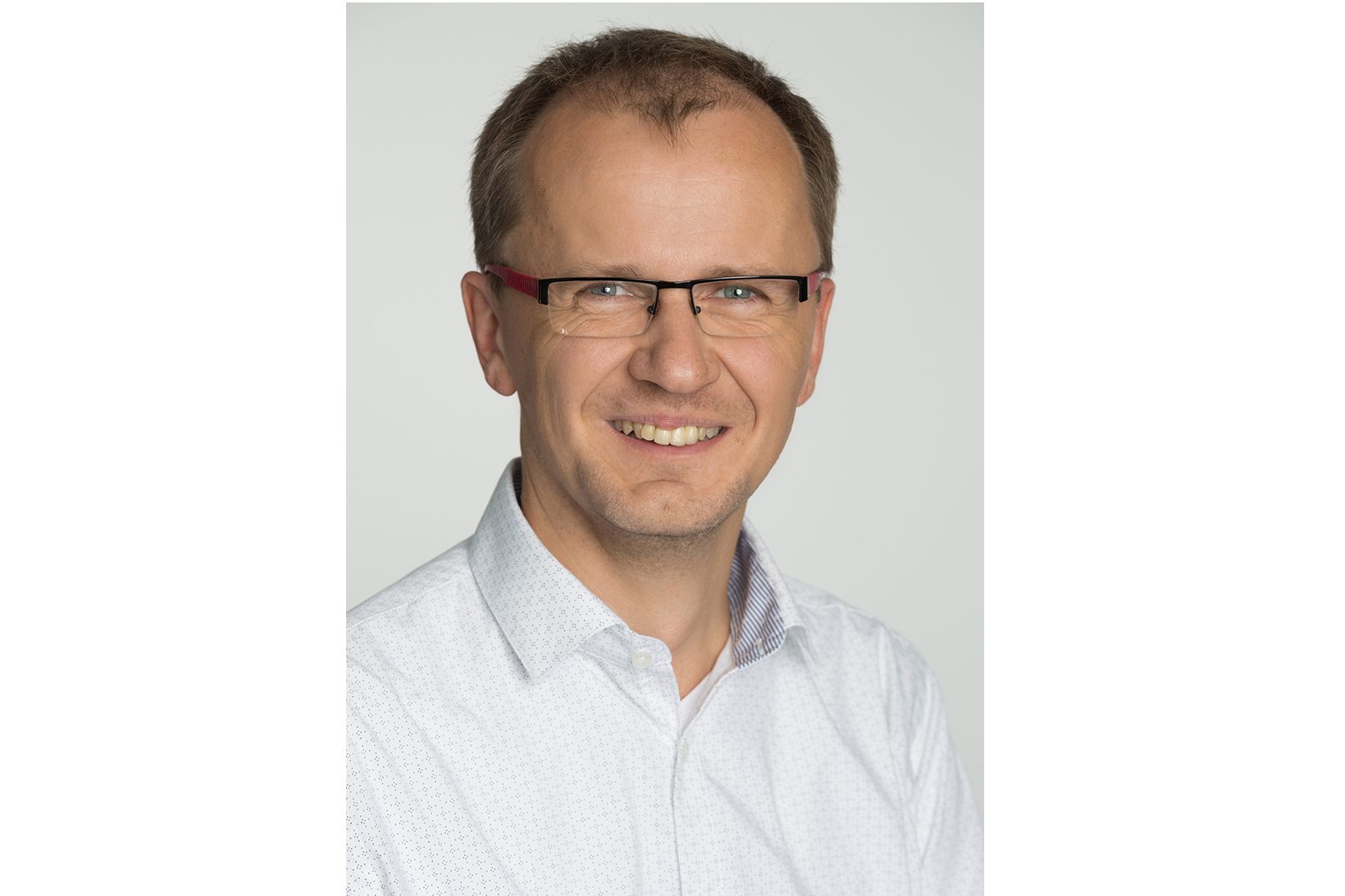 Otto Randl has been a professor of endowment management at the Department of Finance, Accounting and Statistics since March 2018. Together with Josef Zechner, he also heads the WU Research Institute for Capital Markets (ISK). His research focuses, among other things, on the different dynamics of risk premiums and the development of strategies and methods for successful university endowments.

Otto Randl completed his PhD in economics and social sciences at the University of Vienna, came to WU as an assistant professor in 2013, where he was awarded his venia docendi in 2017. His publications are cited frequently and he has given numerous talks, including at the annual meetings of the American Finance Association and the European Finance Association, and in research seminars at the universities of Texas at Austin, Calgary, and Bologna, among others. In addition to his academic activities, Otto Randl has also always been an active member of the business community. 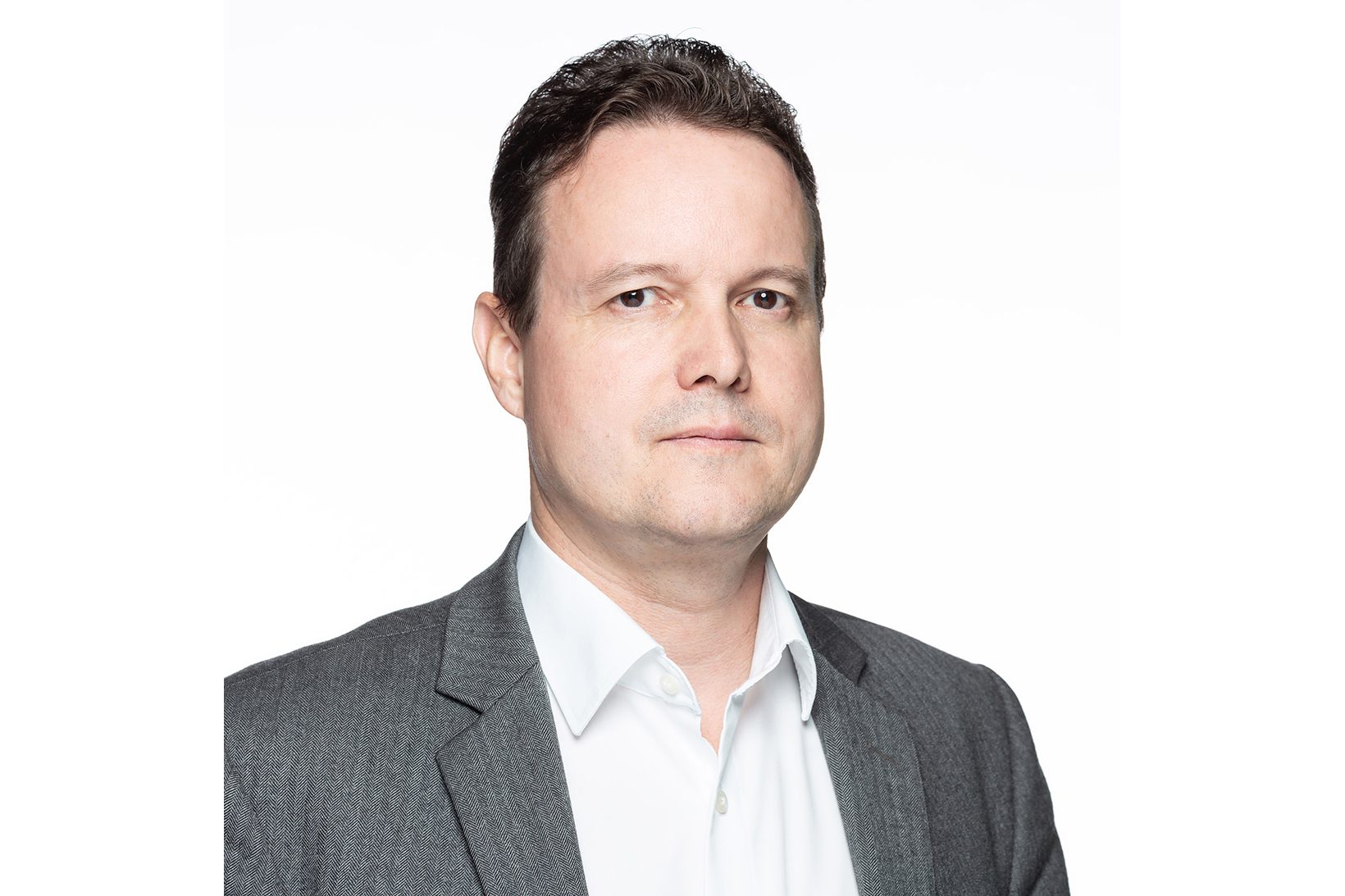 Gerald Reiner received his doctorate and venia docendi from WU, and was appointed full professor of production management at the Université de Neuchâtel in 2007, where he also served as vice-dean and dean between 2009 and 2013. In 2014, he switched to the Alpen-Adria-Universität Klagenfurt to take over a chair in production management. At AAU, Gerald Reiner was chair of the Department of Operations, Energy and Environmental Management, and from 2016, a member of the steering board for the project “Power Semiconductor and Electronics Manufacturing 4.0,” which deals with smart production and cyber-physical production systems in a digitalization context. 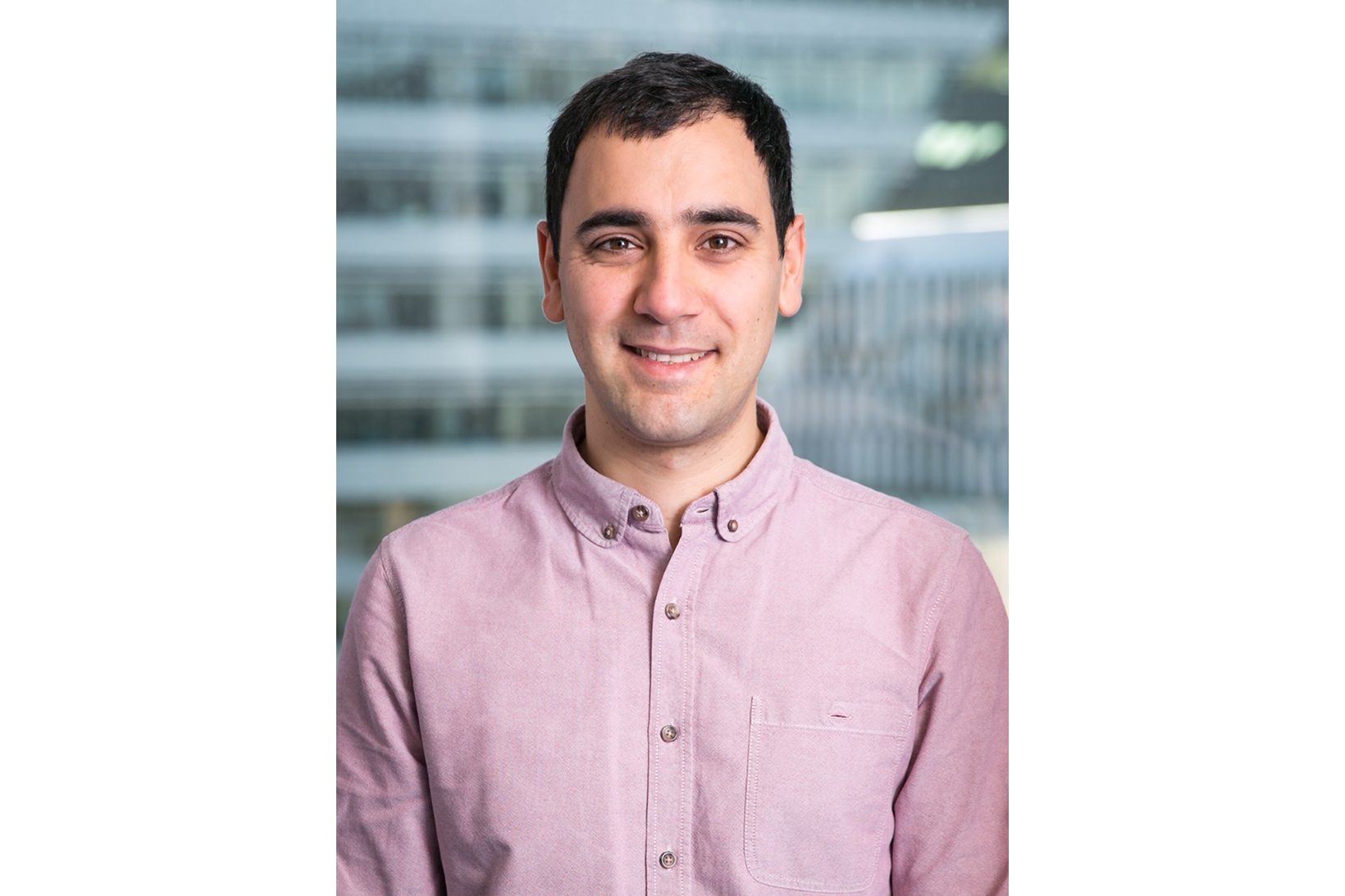 Armon Rezai joined the Department of Socioeconomics in December 2018. As a professor of the socioeconomics of labor, he deals with issues related to the macroeconomic and institutional framework of work and employment as well as the role they play in the transition to a more sustainable economy.

A Fulbright Scholar, Armon Rezai received his doctorate from the New School for Social Research (New York, USA) in 2009, and has been a researcher at WU since then. Numerous research stays have taken him to the University of California at Berkeley, the University of Cologne, and the Fundação Getúlio Vargas São Paulo. He has been a visiting researcher at the International Institute for Applied Systems Analysis (IIASA) since 2011 and an associate member of the Oxford Centre for the Analysis of Resource-Rich Economies at the University of Oxford since 2014. Armon Rezai received his venia docendi at WU in 2015. He was awarded an Erwin Schrödinger Fellowship from 2015 to 2017 and was Director of Policy at the Vienna Institute for International Economic Studies (WIIW) from 2017 to 2018. 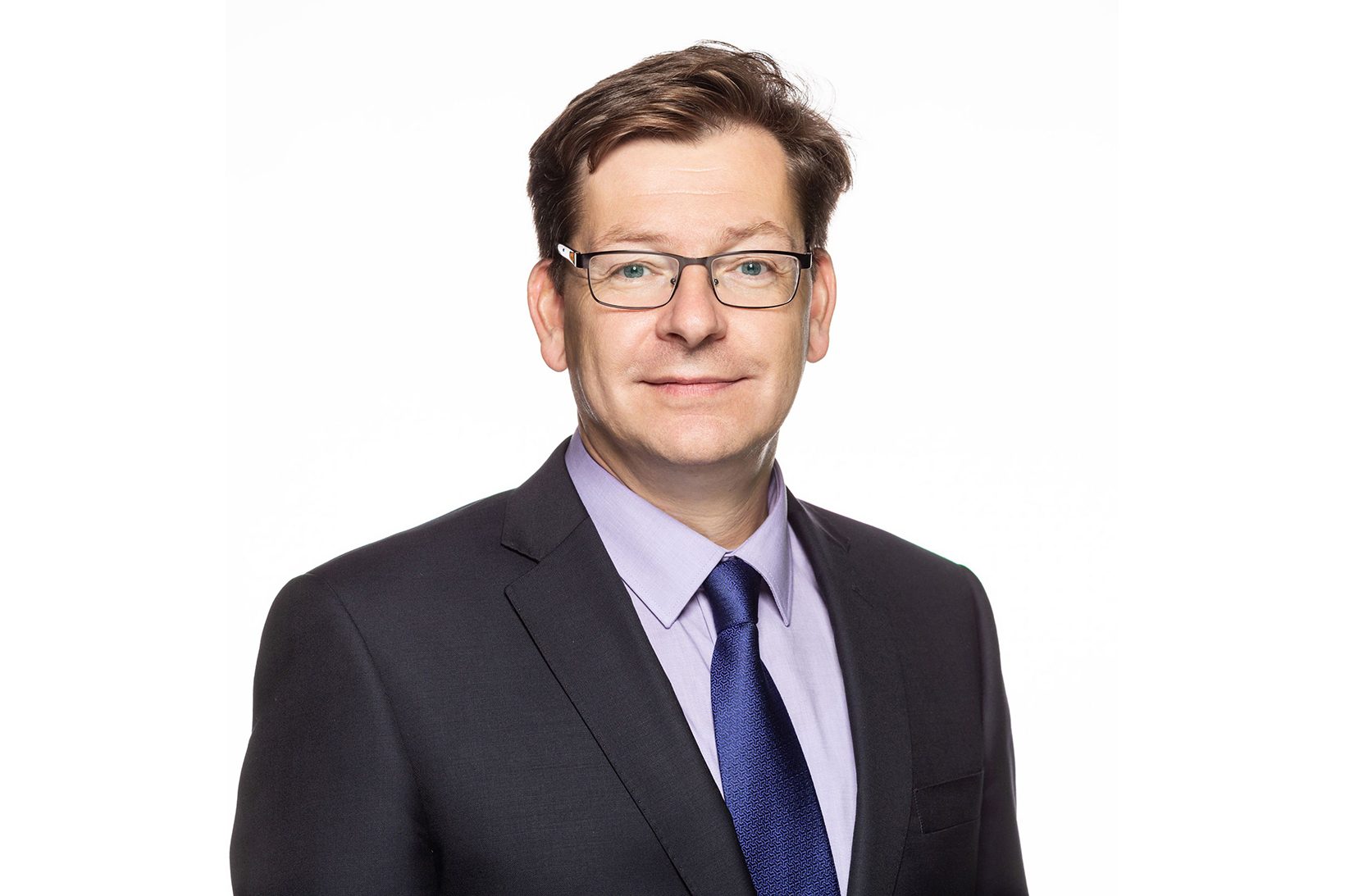 Stefan Storr took over the professorship in Austrian and European public law at the Department of Public Law and Tax Law in October. His research focuses on constitutional and administrative law in Europe, EU law, and public business law. At WU, he also plans to focus more on European and Austrian energy law, which is in a constant state of flux.

Stefan Storr studied law in Heidelberg and Munich and passed the First State Examination in Law in Munich. He was initially an academic staff member and later a research assistant at the University of Jena. He received his doctorate (Dr. iuris) in Jena and also passed the Second State Examination in Thuringia. Stefan Storr was awarded his venia docendi in Jena and acted as a substitute professor there, before practicing law in Leipzig. After substitute professorships in Munich and Dresden, he began teaching at the University of Graz ten years ago. In 2011 and 2014, he was at the Rutgers School of Law in Camden, NJ (USA). From 2011 to 2016, Stefan Storr was Dean of Research and Vice-Dean, from 2016 to 2018 Dean of the Faculty of Law of the University of Graz. 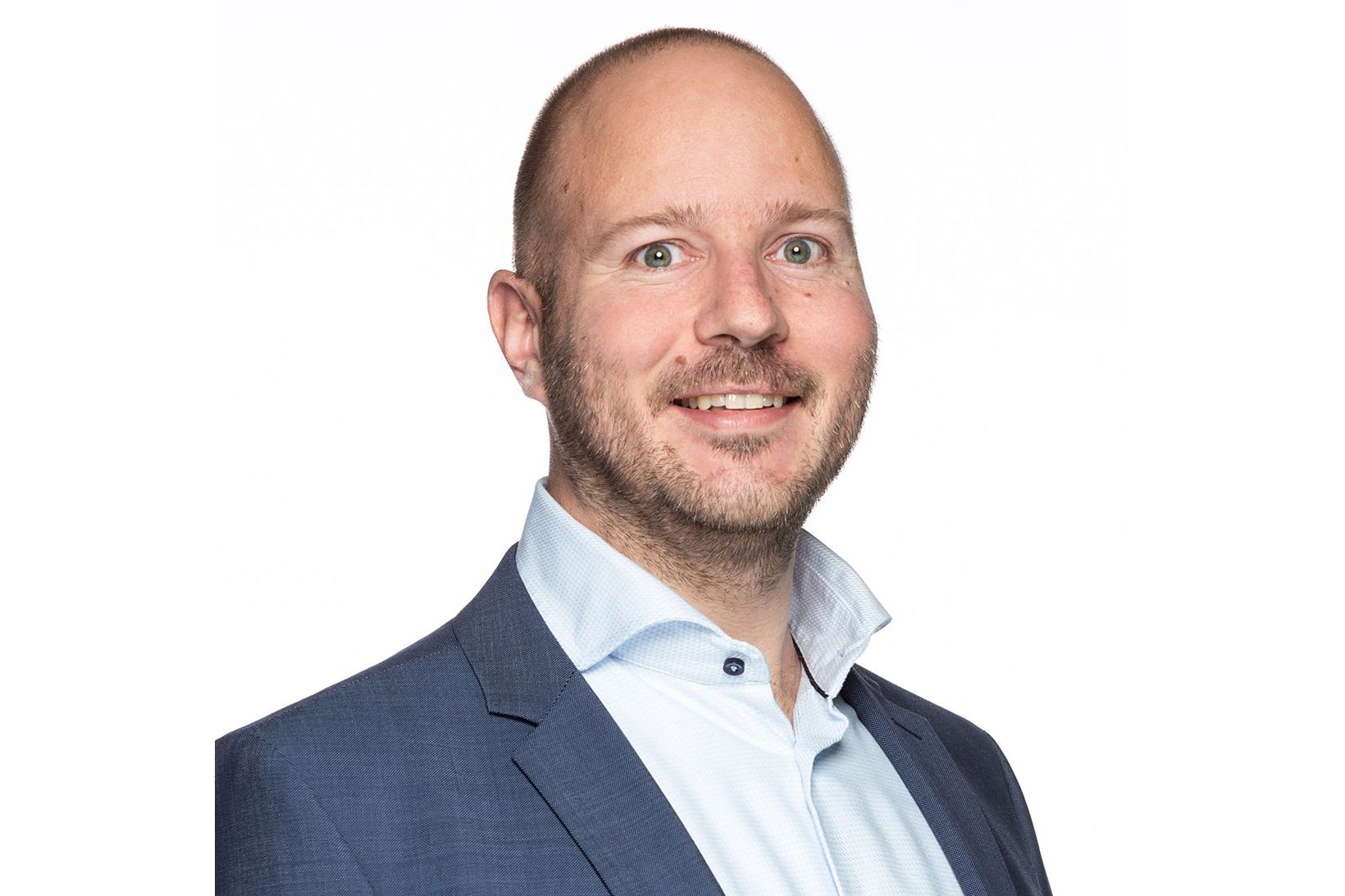 Christian Wagner joined the team of the Department of Finance, Accounting and Statistics in October. As a professor of finance, his research focuses mainly of various aspects of asset pricing. He is particularly interested in the interface between asset pricing and corporate finance, the role of derivatives in investor expectations, and the impact of central bank monetary policy on financial markets.

Christian Wagner received his doctorate from WU in 2006. He then worked as a bank auditor for the OeNB Oesterreichische Nationalbank before returning to WU as an assistant professor in the summer of 2008. He has also been affiliated with Copenhagen Business School since 2012.