Talking to the Experts 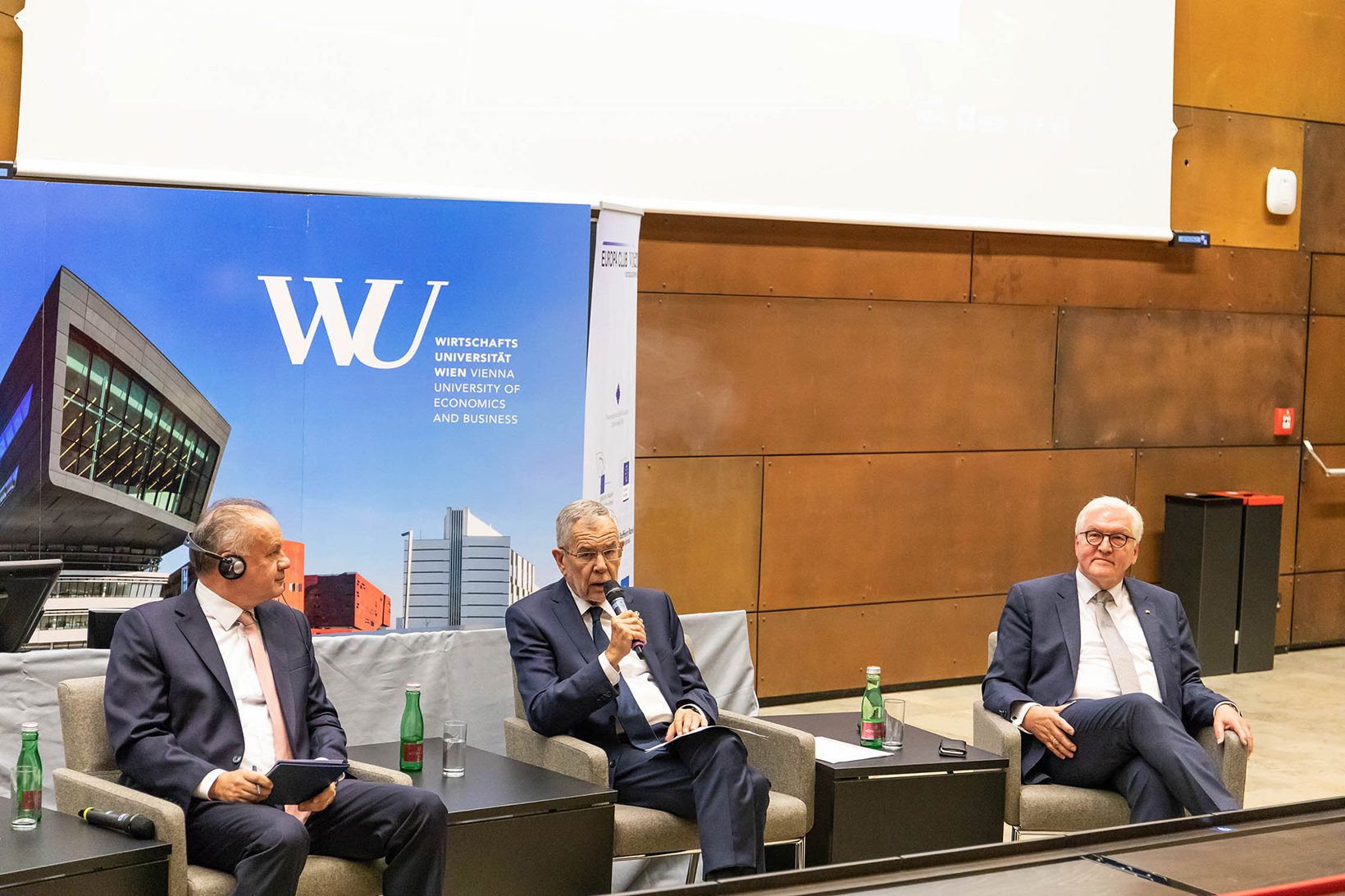 The EU is currently faced with unprecedented challenges: What does Europe’s future look like? What will happen after the Brexit? How does Europe want to deal with refugees? How is Europe preparing for the climate crisis and what joint measures still need to be taken? The three leaders agreed that all of these problems could only be solved if all European countries work together. Alexander Van der Bellen warned against the illusion of national sovereignty. Decision-making at the European level is a long and difficult process, but “retreating into national snail shells,” as Walter Steinmeier put it, doesn’t make it any easier. Andrej Kiska emphasized the need for more pro-European politicians at the national level. After the panel discussion, the three presidents took questions from the audience.

Digital technology has substantially changed the way we communicate, work, and live with each other. Digitalization and the rise of artificial intelligence will without a doubt continue to change many areas of our personal and professional lives in the future. Everyone is affected. But is something holding back digital innovation in Europe, as recently suggested by the British weekly “The Economist,” or does Europe have the potential to become a world leader in this area? What roles will artificial intelligence and machine learning play? How can a society make sure that technology is used to benefit everyone? What can universities and start-ups contribute to the digital revolution? What steps does Europe need to take? Austrian Federal Chancellor Sebastian Kurz and Eric Schmidt, member of the board of directors of Alphabet Inc. and former CEO of Google, talked about these and further questions at WU on November 30. At the discussion in the Audimax auditorium, they discussed the opportunities and challenges presented by digitalization in Europe. After the panel discussion, Eric Schmidt took questions from the audience. WU Rector Edeltraud Hanappi-Egger and Antonella Mei-Pochtler, head of ThinkAustria, opened the event and welcomed the speakers. 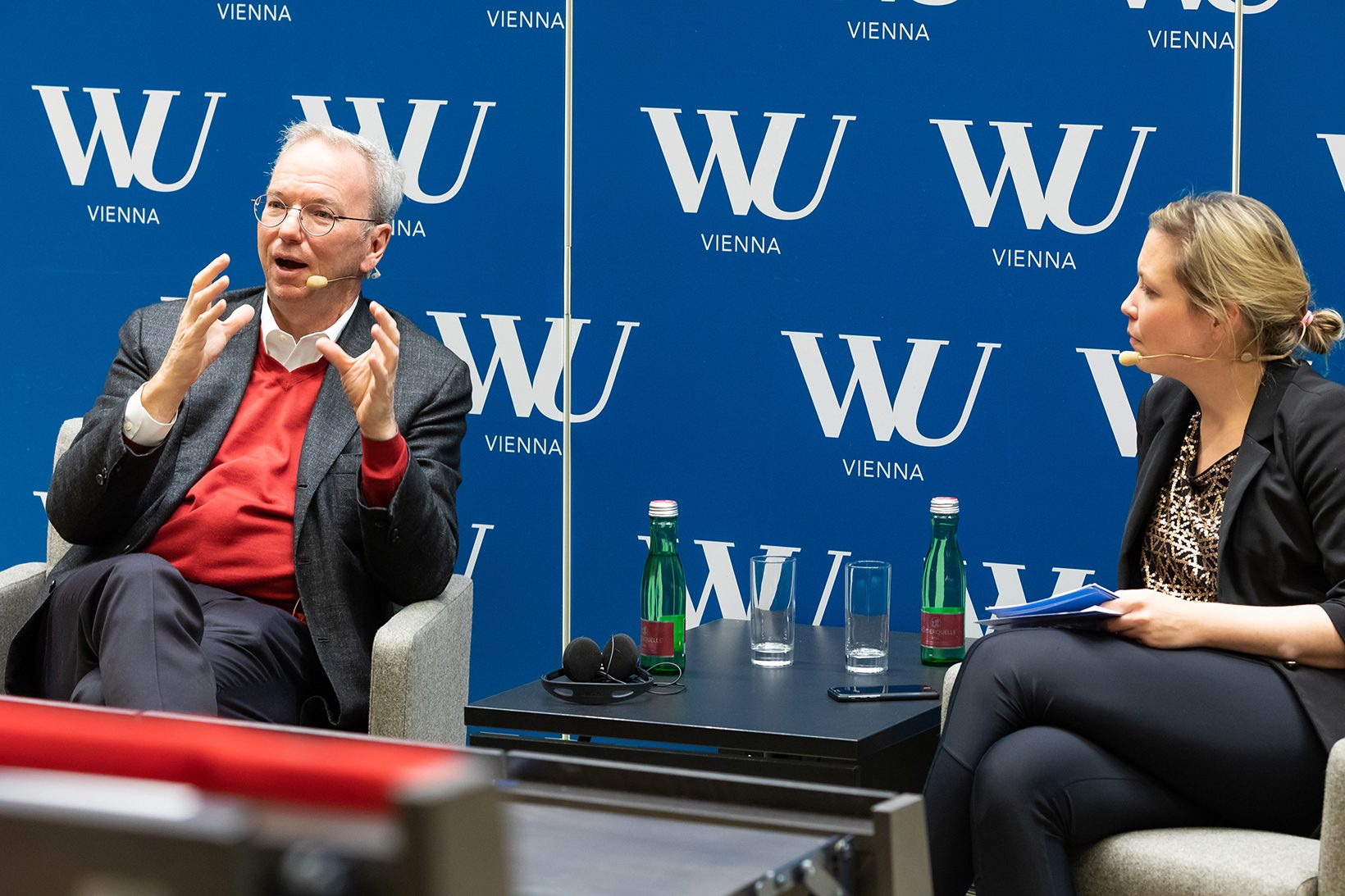 WU Manager of the Year

Hikmet Ersek’s impressive career is characterized by a love of innovation: He discovered the power of digitalization early on, strengthened the globalization of Western Union, and created an exemplary intercultural working environment. This outstanding career has earned him the title of WU Manager of the Year 2018.

After the 2018 Manager of the Year award ceremony, Hikmet Ersek talked with Heike Mensi-Klarbach from WU’s Institute for Gender and Diversity in Organizations about cultural diversity as a corporate success factor. 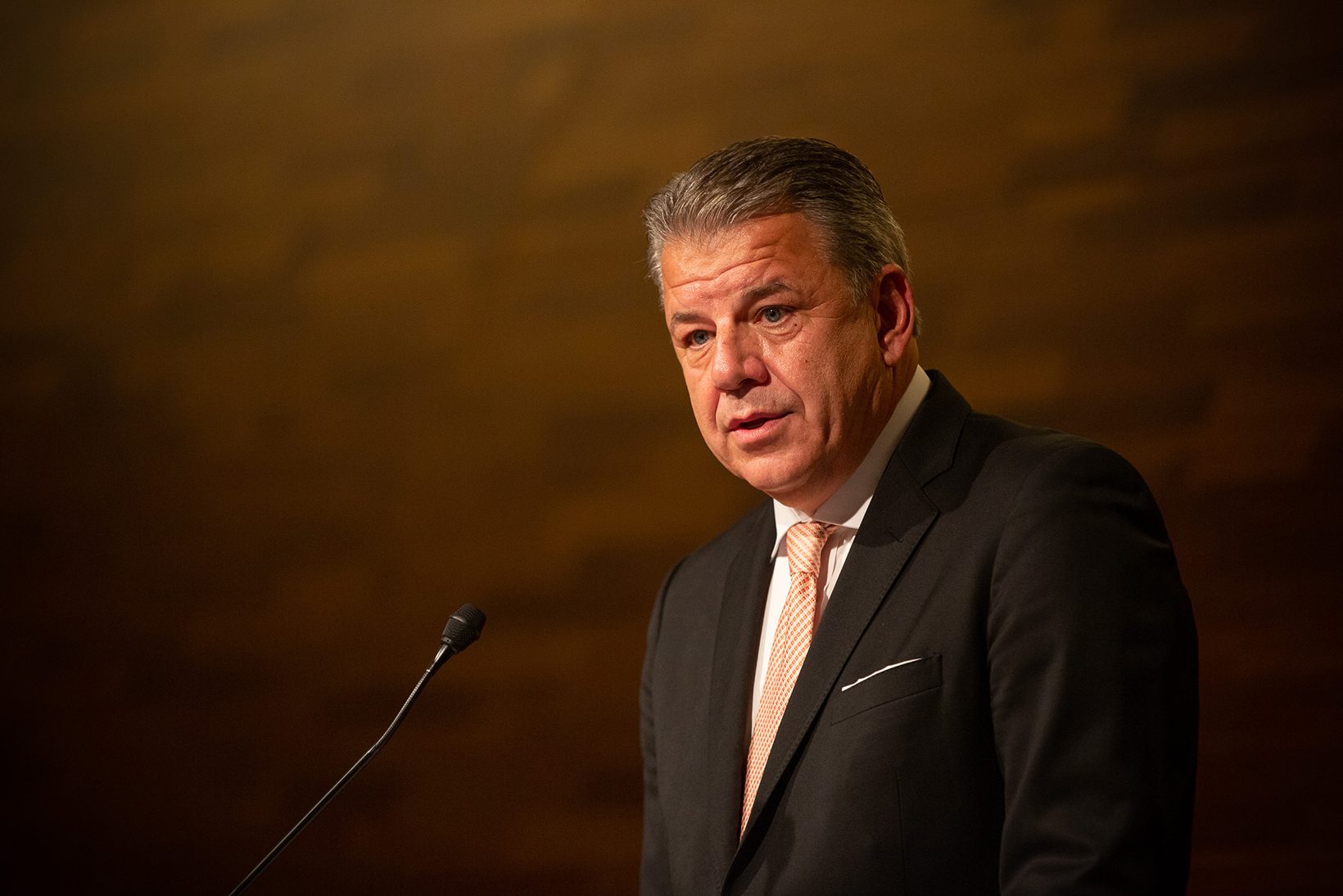 Hikmet Ersek has been the CEO of Western Union, the world’s leading provider of money transfer services, since 2010. He is the only Austrian at the head of any US Fortune 500 company. Ersek’s roots are in Austria and Turkey. He is convinced that the key to international success is strong, motivated teams that don’t think in black and white. The ability to see things from a different perspective is a prominent characteristic of teams with different cultural backgrounds. He urges students to see challenges from a global perspective, saying, “Tomorrow’s executives are globalists, not individualists.”