Teams’ innovative potential and creativity increase with the level of diversity within the group. To harness this potential, WU supports inclusion and active diversity management, allowing us to both foster and benefit from the wide range of skills and talents in WU’s faculty and staff.

The sky’s the limit

The inclusion of people with disabilities is an important aspect of diversity management. Promoting equal opportunities on the job market and in academic careers is very important to us, which is why we are involved in the Universities Austria initiative “Promotion ohne Limit” (PromoLi), together with 8 other universities.

This career initiative aims to create long-term positions at Austrian universities that allow eligible persons with a disability or chronic illness to pursue an academic or artistic career. Funding for the 4-year positions is provided with the support of the Federal Ministry of Social Affairs, Health, Care and Consumer Protection. WU takes this initiative one step further, however, and advertises its PromoLi position as 6-year position, like all other pre-doc teaching and research associate positions. The additional costs are borne by WU, and the position was filled in 2019.

We offered internships for refugees for the 7th time in 2019. These internships are intended to help people who have been granted asylum in Austria, especially refugees who have begun or completed an academic education in their home countries, gain access to the job market. 28 people have completed the 3-month internship to date, and feedback has been very positive. Many of our former interns have found a job in the meantime.

“Many of our interns report that the experience they gained at WU not only helped them learn the language, but also boosted their feeling of self-worth. It’s a good feeling to take responsibility in a field they are qualified for, and to be able to say they are working at a university, so they can be perceived as more than ‘just’ a refugee.”
Michael Lang, Vice-Rector for Research and Human Resources

We are part of culture

In September, we hosted the travelling exhibition “WE ARE PART OF CULTURE” on Campus WU. The exhibition features over 30 portraits of LGBTTIQ* personalities who have made their mark on European society and culture, for example Virginia Woolf, Leonardo da Vinci, John Maynard Keynes, and Selma Lagerlöf. The artistic styles in the collection are as diverse as the personalities portrayed.

At the opening, Vice-Rector Michael Lang expressed how pleased WU was to be hosting “WE ARE PART OF CULTURE.” The exhibition presents important role models and makes the diverse range of sexual orientations and identities of historically influential people visible. Diversity is particularly important to WU, which strives to be a place where students, faculty, and staff can discover their full potential.

Sanitary facilities for everyone

WU introduced gender-neutral restrooms on campus in October 2019. Gender neutral means that the facilities can be used by anyone, regardless of sex and gender.

The way restroom facilities are normally assigned only to women or men excludes all those who cannot or do not want to identify as either gender. To prevent exclusion and uncomfortable situations and to make WU even more inclusive, we decided to open one restroom in each building for everyone.

This change to Campus WU was our contribution to the “Divörsity – Austrian Diversity Days” initiative. 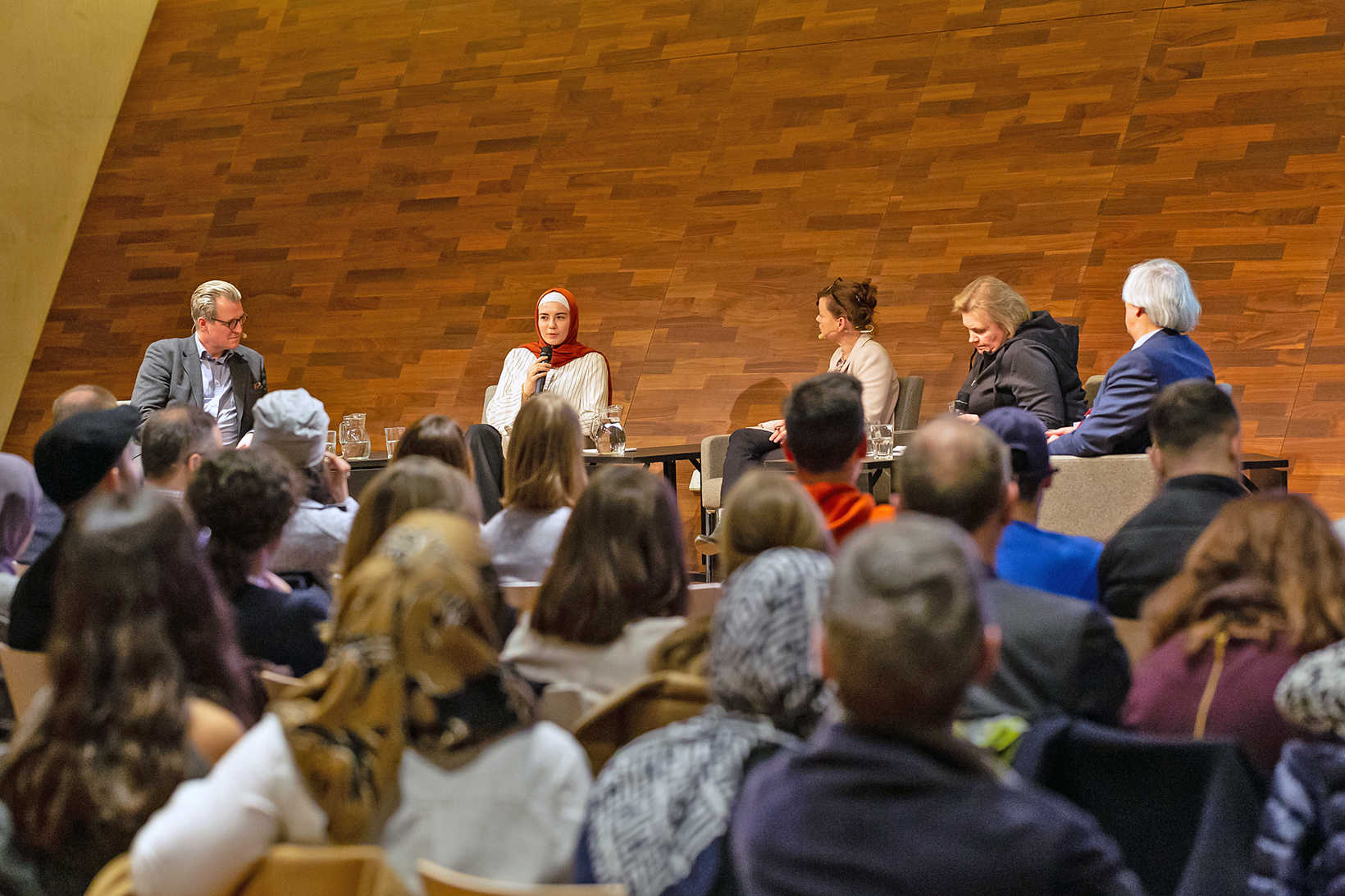