100 Years of Research at WU

In 1919, the Imperial Export Academy became the University of World Trade, laying the foundations for WU’s future research. A lot has changed since then. What has stayed is a nose for new developments and the motivation to analyze them.

The birth of research at WU

The Imperial Export Academy was founded in 1898 as a place to train future experts in commerce and trade. Demand was high, and the Academy relocated to a larger building in 1917. Around the same time, the Academy’s faculty expressed a desire to do research on the topic of (world) trade and to apply the findings to teaching. After years of careful preparation, including an expert opinion from the author of Austria’s 1920 constitution, Hans Kelsen, commissioned by the faculty, the Imperial Export Academy officially became the University of World Trade (the predecessor of WU) by legal decree of the Constituent National Assembly on October 21, 1919. WU’s research focused on a wide variety of topics from the very start.

Today, 100 years later, WU employs over 1,600 researchers and is among the best business and economics universities in Europe. Research-led teaching is one of the supporting pillars of our identity as an institution.

“Research and research-led teaching are inextricably linked with today’s WU. Research not only creates the basis for solving current and future social and economic challenges and problems, it also teaches us to think and reflect critically in all areas of life.”
Michael Lang, Vice-Rector for Research and Human Resources 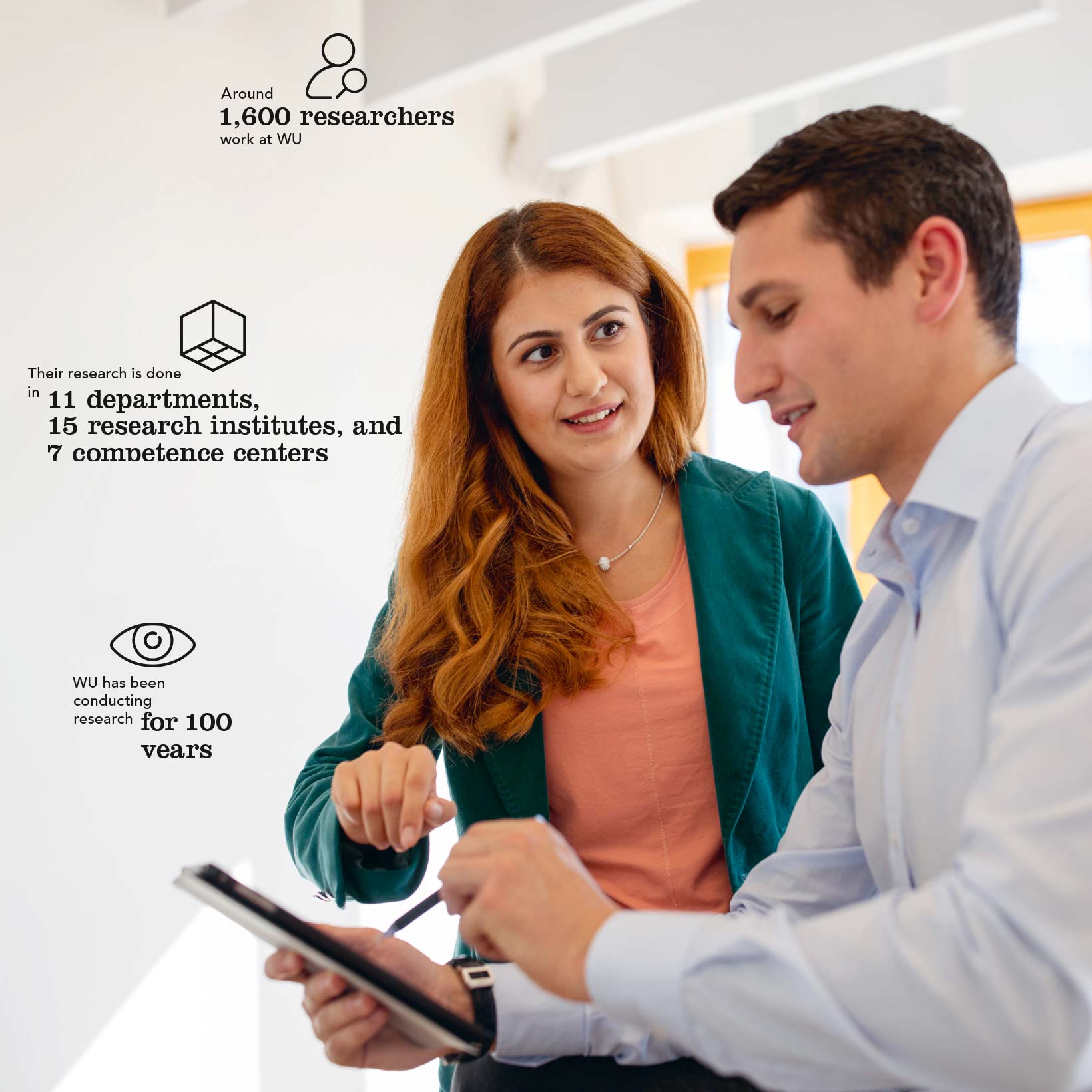 WU recognized the possibilities of information technology early on and established a professorship for electronic data processing. Prof. Hansen was appointed to the chair in the 1978/79 winter semester. In 2019, today’s Department of Information Systems and Operations is made up of 5 institutes, and the department’s researchers focus on topics like efficient data management, sustainable supply chain management, inter-company workflows, and technology-supported knowledge transfer.

10 years of research on family businesses

They are often described as the backbone of the Austrian economy: About 88% of Austrian companies are family businesses. In total, they employ almost 1.8 million people and generate revenues totalling close to €400 billion.

Since 2009, the interdisciplinary Research Institute for Family Business has been intensively investigating the specific strengths and weaknesses of this type of company. The institute was the first of its kind in Austria to be explicitly and exclusively dedicated to this field of research. In the meantime, WU has also decided to strengthen and further develop its research into family businesses with a new professorship, which is currently in the recruiting stage.

The future viability of economic areas is currently one of society’s major challenges. WU is responding to this challenge with a new focus on the digital economy in research and teaching, as well as by expanding the discourse on sustainability into a discourse on responsibility in general.