WU regularly honors personalities who have rendered outstanding services to WU. In 2019, we awarded an honorary doctorate, an Honorary Consul title, and the WU Manager of the Year Award.

US scholar Frederick Schauer, a preeminent constitutional law expert and legal theorist, was awarded an honorary doctorate from WU in recognition of his groundbreaking work on US constitutional law, in particular the freedom of speech and legal reasoning. He has shown extraordinary commitment in mediating between two worlds: the Continental European legal tradition on the one hand and the US legal tradition on the other. He has long-standing ties to WU, especially to the Institute for Austrian and European Public Law.

The honorary doctoral degree is the highest distinction for outstanding academic achievements awarded by WU. 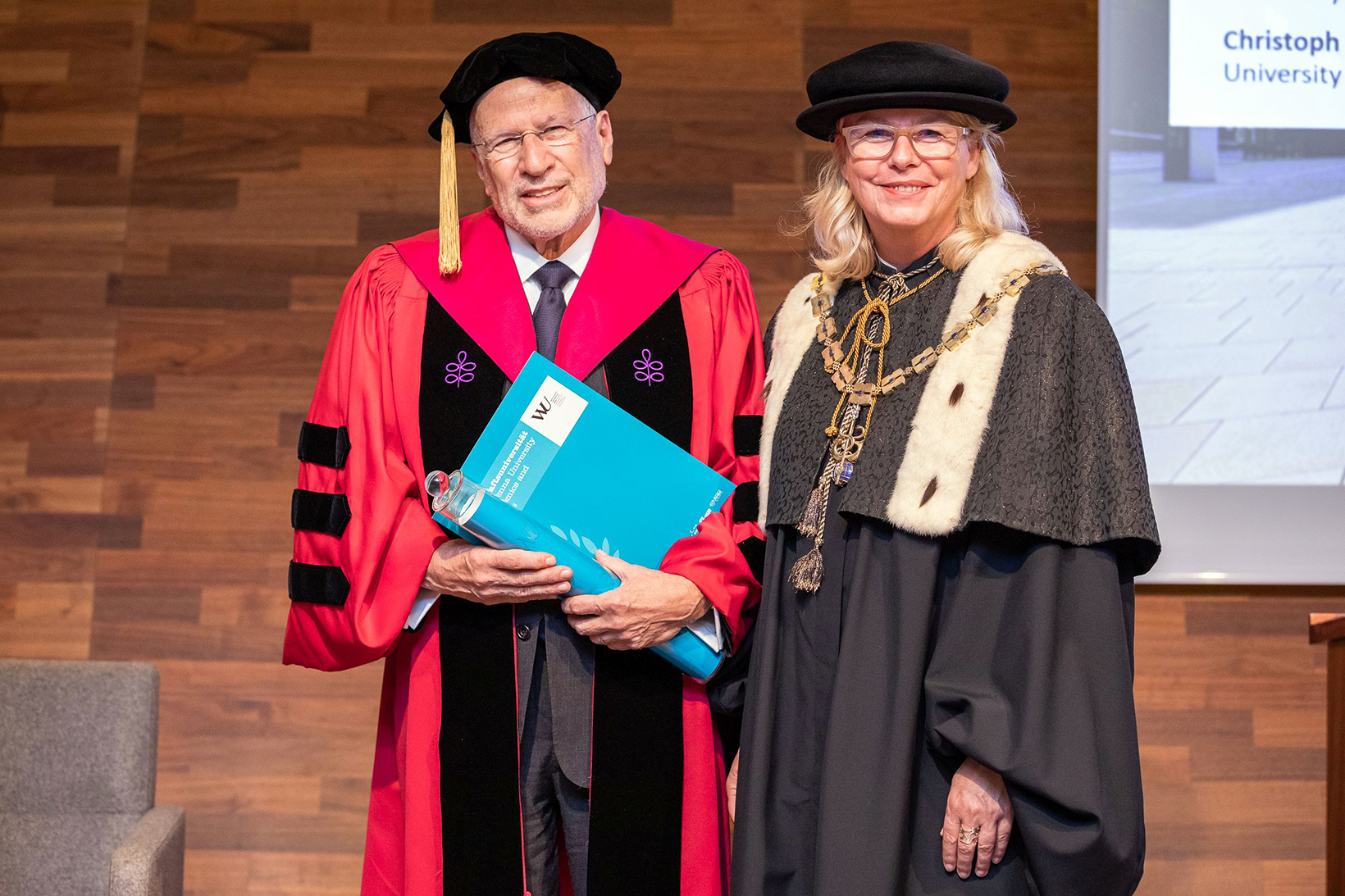 Wilfried Stoll, has maintained close ties to WU for many decades. It was at WU that he completed his first degree and earned his doctorate. Supporting research activities at his alma mater has always been important to Wilfried Stoll. Since 2004, he has supported research related to the CEE region, and in the last few years he has increasingly been involved in projects on the subject of learning and, most recently, on the future of the educational market in light of digital transformations.

In recognition of this commitment, WU awarded Wilfried Stoll the title of Honorary Consul. Apart from purely academic honors, this is the highest distinction WU can bestow, and this was the first time it has ever been awarded. The title is reserved for individuals with particularly close ties to WU who have made outstanding contributions and provided long-term support to the university. 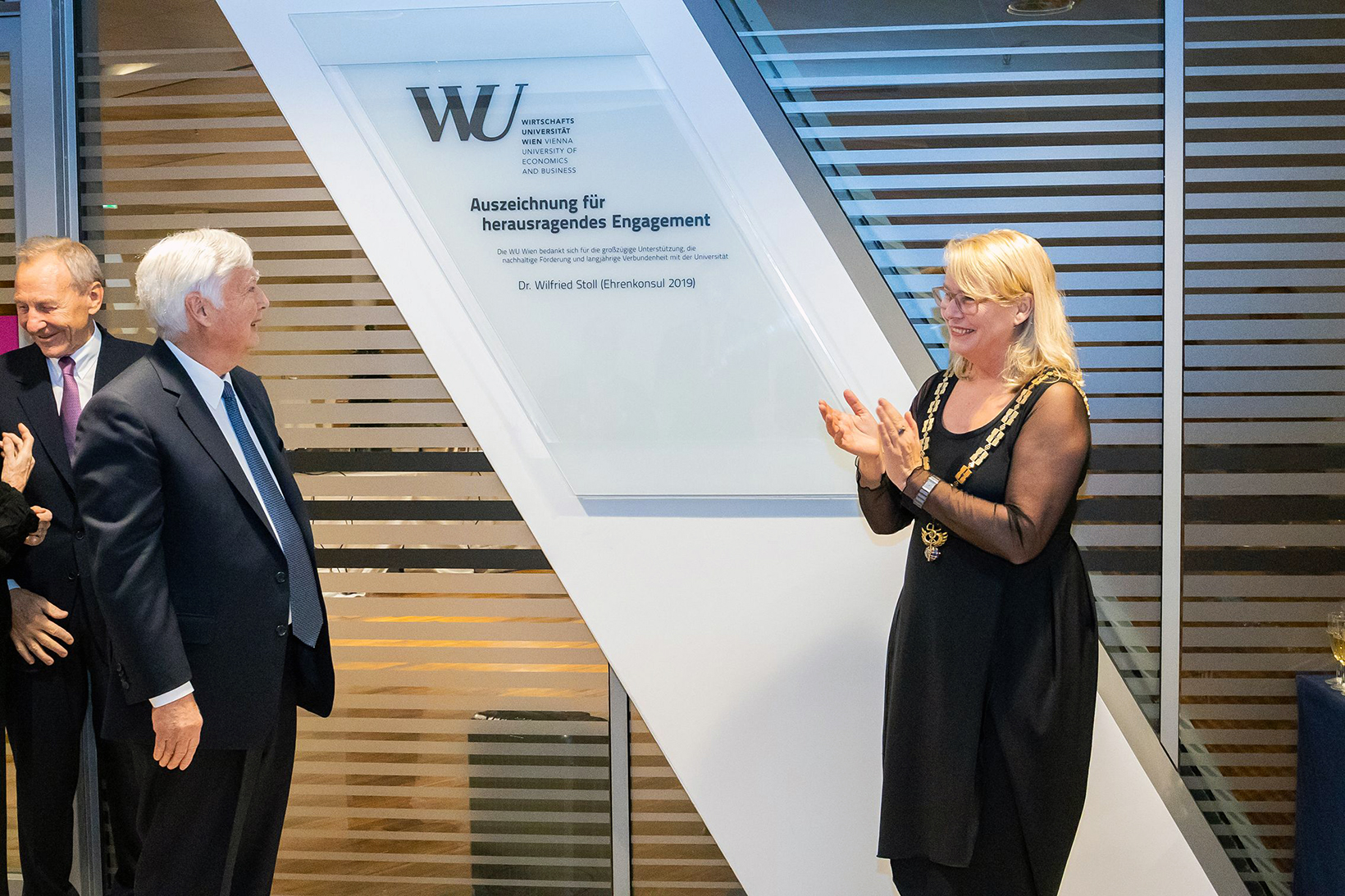 How do you become WU Manager of the year? The award goes out to executives who have demonstrated outstanding performance, built a successful international career, and act as a role model to others. Anette Klinger is one such successful WU alumna who has an impressive career path behind her. She manages the third-generation family business In­ter­na­tio­na­les Fens­ter­netz­werk IFN (Internorm brand). Under her leadership, the company has expanded, creating jobs and stimulating the economy of the region. By opening up new markets in Europe, Anette Klinger has shown clearly that regional and international do not have to be contradictory terms. 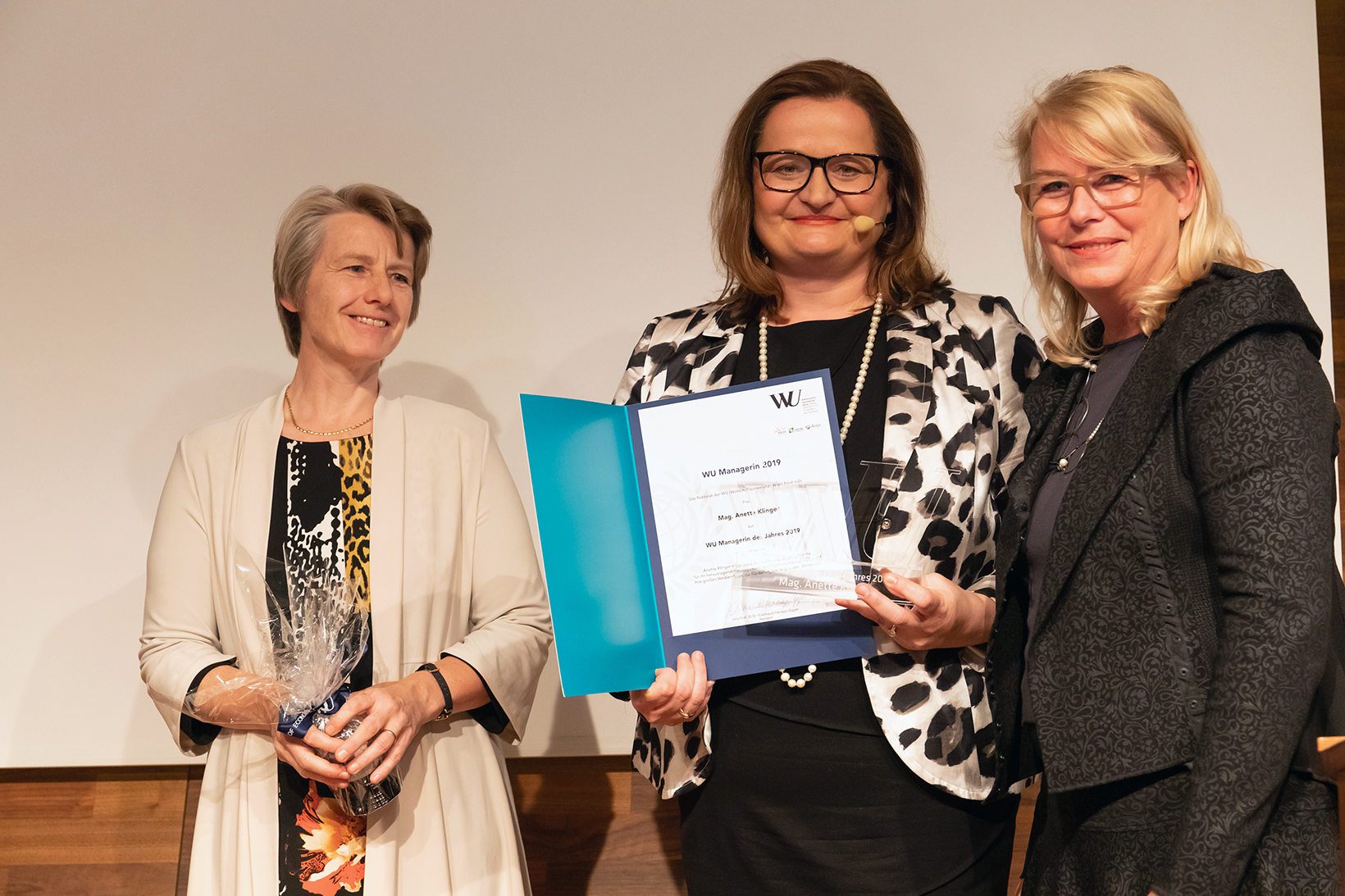