Since the fall of 2015, WU has been actively supporting integration efforts for refugees in Austria. Offering German and computer courses, open lectures, internship positions, and networking opportunities, WU is helping refugees get off to a good start in this country.

Learning German is imperative for refugees’ integration into Austrian society. To help with this task, WU offered four German courses for refugees. As part of the Volunteering@WU program 50 participants were taught German in 254 classroom hours. In addition, faculty from the Department of Foreign Language Business Communication offered conversation courses to give students the opportunity to apply what they had learned. The teachers found working with the participants from different countries very rewarding and plan to volunteer for similar projects in the future.

“Standing in front of my first group, I was so impressed by these highly motivated young men and women who came here eager to learn and who had experienced so much before landing here in this classroom with me.”
Miriam Leibbrand, assistant professor at the Institute for Romance Languages

The Department of Information Systems and Operations offered computer courses to refugees between the ages of 15 and 21. Master’s students from the Supply Chain Management and Business Education programs taught the young newcomers how to use computers and showed them the basics of some of the most frequently used software programs.

WU wants to help refugees with an education in the economic or social sciences or other fields get off to a good start in Austria. With the support of the Berndorf Private Foundation, WU was able to offer eight internship positions for academic staff in 2016.

“An internship at WU is an opportunity for people to use their previous education to be able to find a foothold on the Austrian labor market more quickly. We want to give people the best possible chances for integration in Austria and give them hope for the future.”
Michael Lang, Vice-Rector for Human Resources

Seven men and one woman from Syria, Iraq, Gambia, and Afghanistan were able to contribute their expertise as interns in the fields of social policy, production management, multi-level governance and development, Central and Eastern European business law, macroeconomics, management and organizational behavior, sociology, and empirical social research. The internships gave them valuable insights in Austria’s universities, as well as an opportunity to start building up an academic network and improve their German skills.

“I like the academic atmosphere at WU and the feeling of warmth and security it gives both students and employees.”
Mustafa, intern at the Institute for Production Management 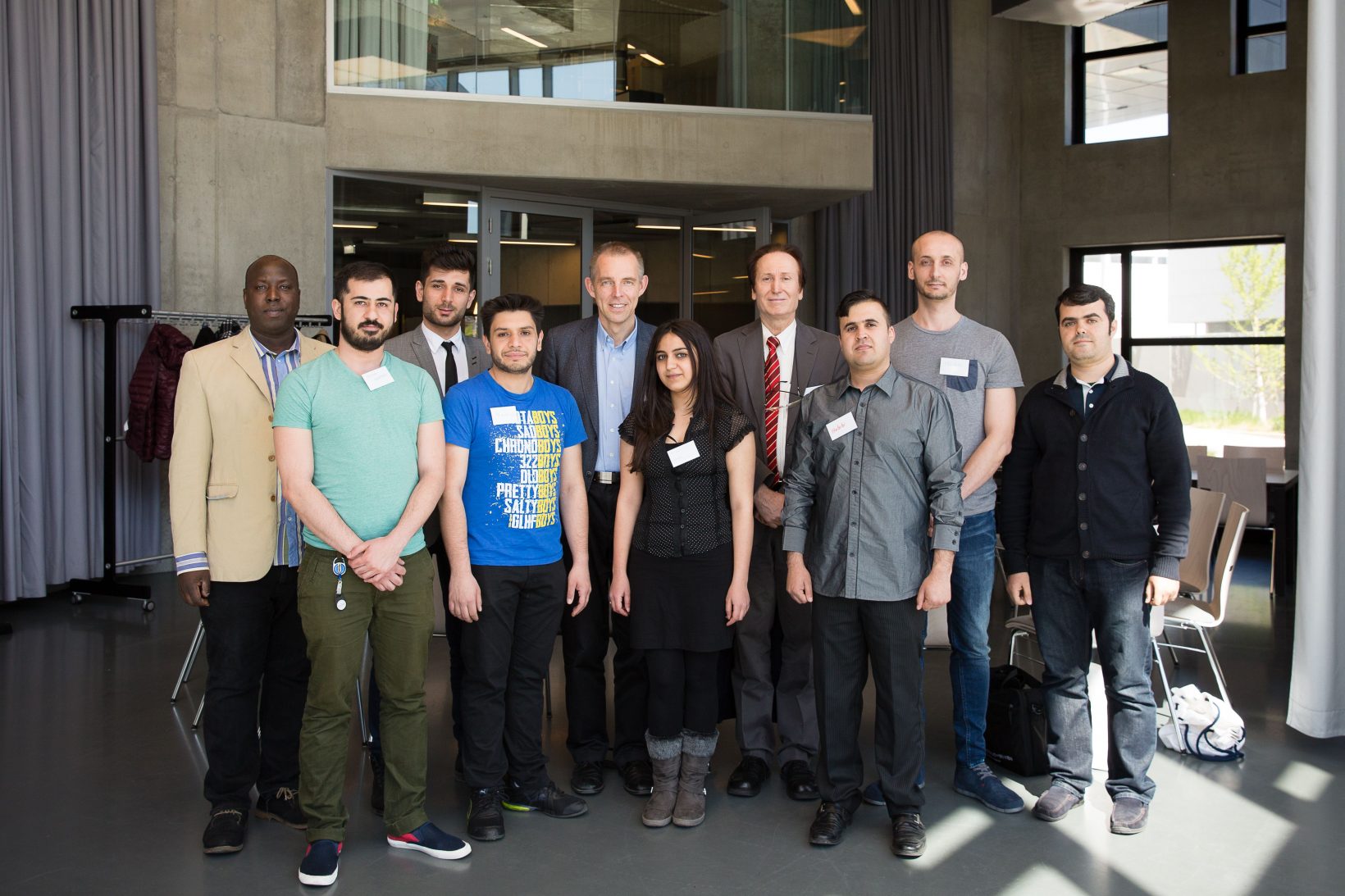 MORE Perspectives is a series of events that is part of the uniko MORE Initiative, which allows refugees to attend selected university courses. The MORE Perspectives program gives scientists and artists forced to flee their home countries the opportunity to hold lectures together with Austrian colleagues and to network with the scientific community at a get-together following the events.

At the first event in the series at WU, Ruth Simsa from the Institute for Sociology and Social Research presented her research on the contributions of Austrian civil society to handling the 2015 refugee crisis. In a second lecture, Syrian demographer Zakarya Al Zalak and members of the DiPAS project group at the Wittgenstein Centre for Demography and Global Human Capital (IIASA, VID/ÖAW, WU) and the Department of Socioeconomics focused on the qualifications, attitudes, and values of refugees in a talk entitled “Displaced Persons in Austria Survey (DiPAS): First Results and Observations from the Field.”

In late 2015 and early 2016, it was only thanks to the tireless work of thousands of volunteers that all the asylum seekers arriving in Austria could be attended to. To provide some support for these volunteers, André Martinuzzi, head of the Institute for Managing Sustainability, Christian Schober, head of the Competence Center for Nonprofit Organizations and Social Entrepreneurship, and Sabine Eichinger, certified counselor and life coach, launched the initiative POWER 2 HELP: During ten practically oriented workshops, volunteers were trained in topics like media and communications, role models and religion, first aid, asylum law, dealing with conflicts and group dynamics, crisis intervention, recognizing trauma, and preventing burnout.

“With this initiative, we wanted to provide committed volunteers with the skills, tools, and self-confidence they need to help effectively, and in this way make a contribution to the successful integration of refugees.”
Sabine Eichinger, initiator of POWER 2 HELP
Next:
Social Commitment
Next:
A Sustainable University
Next:
A Sustainable University