WU is the leading expert on Central and Eastern European business. Our goal is to generate and disseminate knowledge on the economic conditions in the CEE region. Since 2016, we have also started focusing on emerging markets and provide well-founded information on this topic.

WU has had close ties to the Eastern European region for a long time, as demonstrated by WU’s collaborations with 27 universities in CEE. Our membership in the CEEPUS network “Amadeus,” a network of 14 universities in 12 countries, results in high levels of student and faculty mobility between WU and the CEE region. Students also have the opportunity to experience the CEE region first-hand by attending International Summer University programs in Estonia and St. Petersburg.

WU’s programs awaken students’ interest in the CEE region and prepare them for a career in Eastern Europe – many of WU’s graduates live and work in the CEE area. The WU Alumni Club maintains hubs in Bratislava, Budapest, Bucharest, Istanbul, Prague, Sofia, Tallinn, and Warsaw to help WU keep in touch with its graduates in the region. Many of the large companies operating in the CEE sector have their Central and Eastern European headquarters in Vienna and WU alumni in middle and upper management, on boards of directors, and in supervisory boards.

The Competence Center for Emerging Markets & CEE was established to concentrate all of WU’s Eastern European activities in one place. The competence center’s main goals are to stimulate the interest of both students and the general public in these countries, communicate WU’s diverse research work, and contribute to a closer connection between research, teaching, and the business community.

Formerly the Competence Center for CEE, it expanded its profile to include emerging markets outside Europe in 2016. 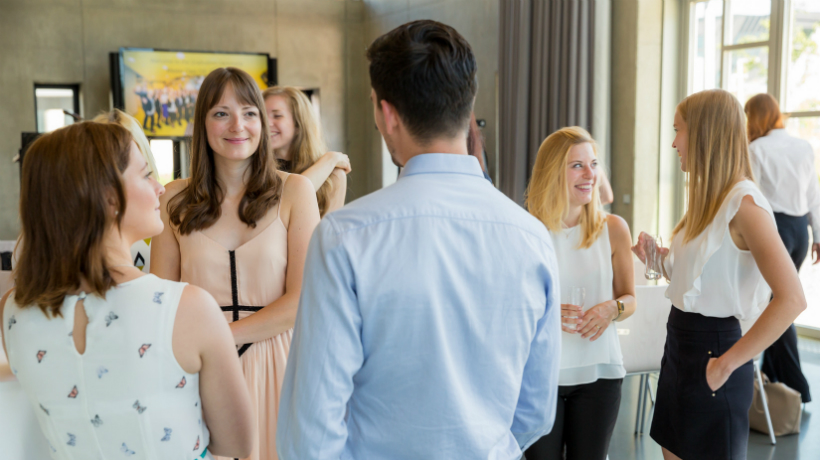 WU’s Competence Center for Emerging Markets & CEE offers a number of CEE-related courses at the bachelor’s, master’s, and PhD levels.

JOSZEF is a one-year supplementary program for WU bachelor’s students interested in learning more about the CEE economic region and in pursuing a career in Central and Eastern Europe. The program features a strong CEE focus, a high level of practical know-how, and the opportunity for students to work in multicultural groups. In the 2015/16 academic year, 30 students from nine countries were enrolled in the program. Eight corporate partners and the City of Vienna supported the program, which includes company visits and internships with participating corporate sponsors.

In the 2015/16 academic year, 18 WU students from six different master’s programs and eight countries completed the Master Class CEE, a program for master’s and doctorate-level students. During the two-semester program, students attend CEE-related courses (history, culture, economy) taught in English. A project seminar and field trips to Budapest and Prague help students prepare for a career in the CEE region.

The joint CEE project seminar, organized by WU, the Carlson School of Management (CSOM) at the University of Minnesota, and various US corporate partners, celebrated its 20th anniversary in 2016. A Polish subsidiary of American Express was the 2016 corporate partner. Ten students from WU’s Master in international Management/CEMS program and 12 CSOM students worked together on a real-life case throughout one whole semester. Two one-week sessions in Warsaw and Vienna were the highlight of the seminar.

The WU Executive Academy is one of the leading providers of executive education in Austria and the CEE region, and presented its programs in Austria, Germany, Romania, Serbia, Croatia, Slovakia, Bulgaria, Russia, Azerbaijan, Kazakhstan, and Poland in 2016. The campaign was very successful: 430 new students from over 50 countries around the world enrolled in an Executive Academy continuing education program in 2016.

The Executive MBA Bucharest program is held mainly in Romania, with modules at the WU Executive Academy and the Carlson School of Management at the University of Minnesota. In 2016, the program was once again named the best MBA program in Romania by the Romanian daily newspaper Ziarul Financiar.