WU has an excellent reputation. But far from resting on our achievements to date, we are constantly striving to improve even further. Top placements in renowned international rankings and other achievements confirm the success of our efforts.

Rankings are an import source of feedback for us as a university, because they show us how we are seen by others. For this reason, we are pleased that WU performed outstandingly well in 2020’s most important university rankings, confirming our position as one of the world’s best universities of business and economics. 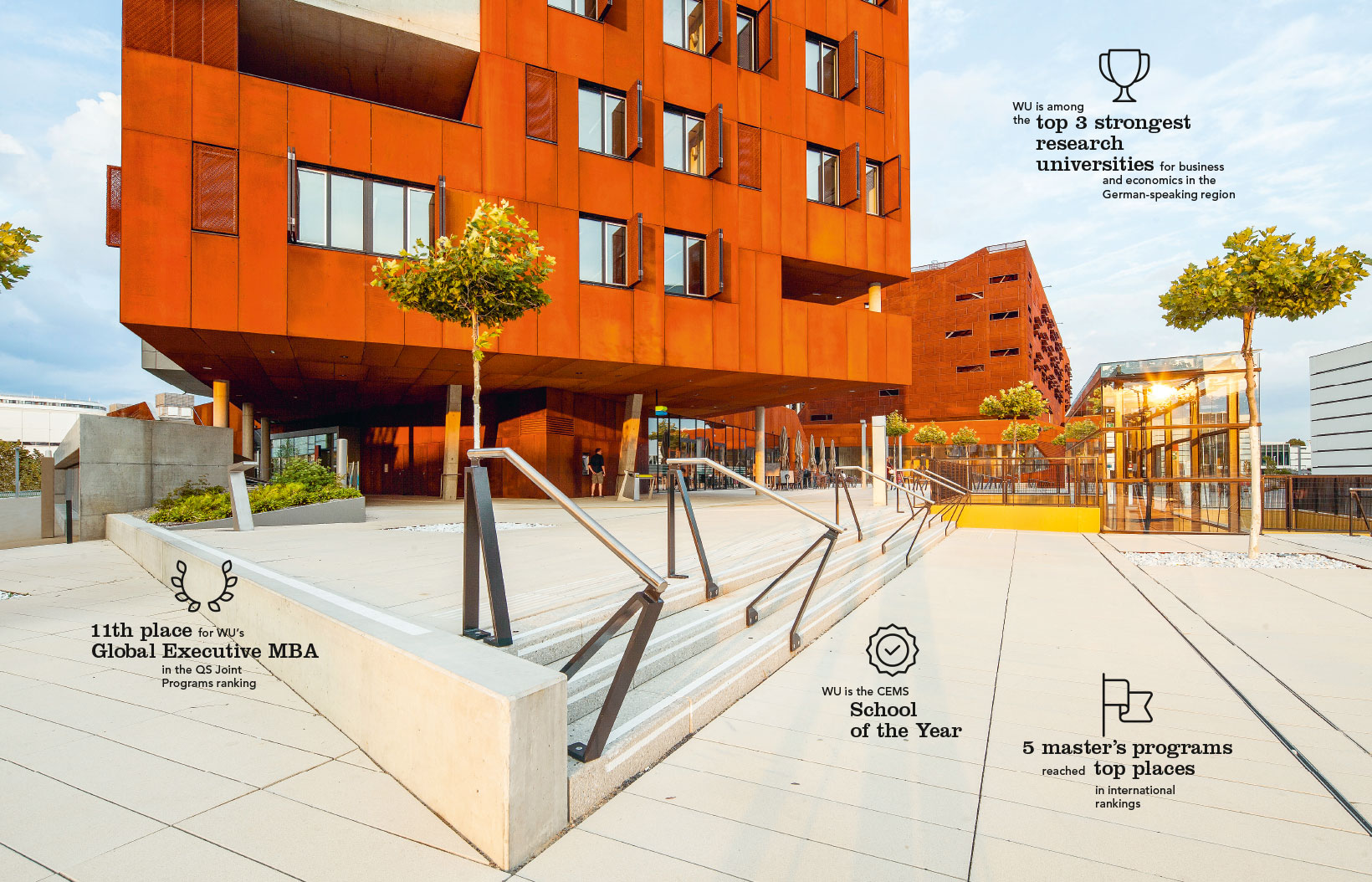 ”Well-known, reputable rankings are very valuable, especially for students and others interested in higher education, because they help to identify those universities that stand for excellent quality. Seeing WU do so well in various rankings is a satisfying reward for our constant efforts to improve. This is also reflected in the student numbers: WU is in great demand both at home and abroad, and that is something we can be proud of.”
Edeltraud Hanappi-Egger, Rector

A WU master’s program is a launching pad for a successful career. In the surveys the QS ranking is based on, international employers confirm the excellent quality of the education provided at WU. The FT ranking shows: 96% of WU graduates find a job within three months of graduation.

Other reasons for our outstanding performance in rankings are the international community on Campus WU and the many opportunities for students to gain experience abroad, which makes sure our alumni are well prepared for international careers.

We are particularly pleased about the third place reached by WU’s Master’s Program in Supply Chain Management in its very first appearance in the QS ranking. The Strategy, Innovation, and Management Control program moved up eight places in the QS Masters in Management ranking and is now among the top 10 programs worldwide for the first time. The International Management/CEMS program offers students from all over the world an internationally respected management education, and came in at 11th place in the 2020 Financial Times Masters in Management ranking. This puts WU’s program in second place in the German-speaking region.

Students who complete an MBA program at WU broaden their horizons, learn state-of-the-art management and leadership skills, and gain access to a hand-picked professional network. Top placements in international rankings confirm the excellent reputation of our programs.

The success of the Global Executive MBA is mainly due to the quality of the program, its highly qualified students, and the WU Executive Academy’s alumni network. 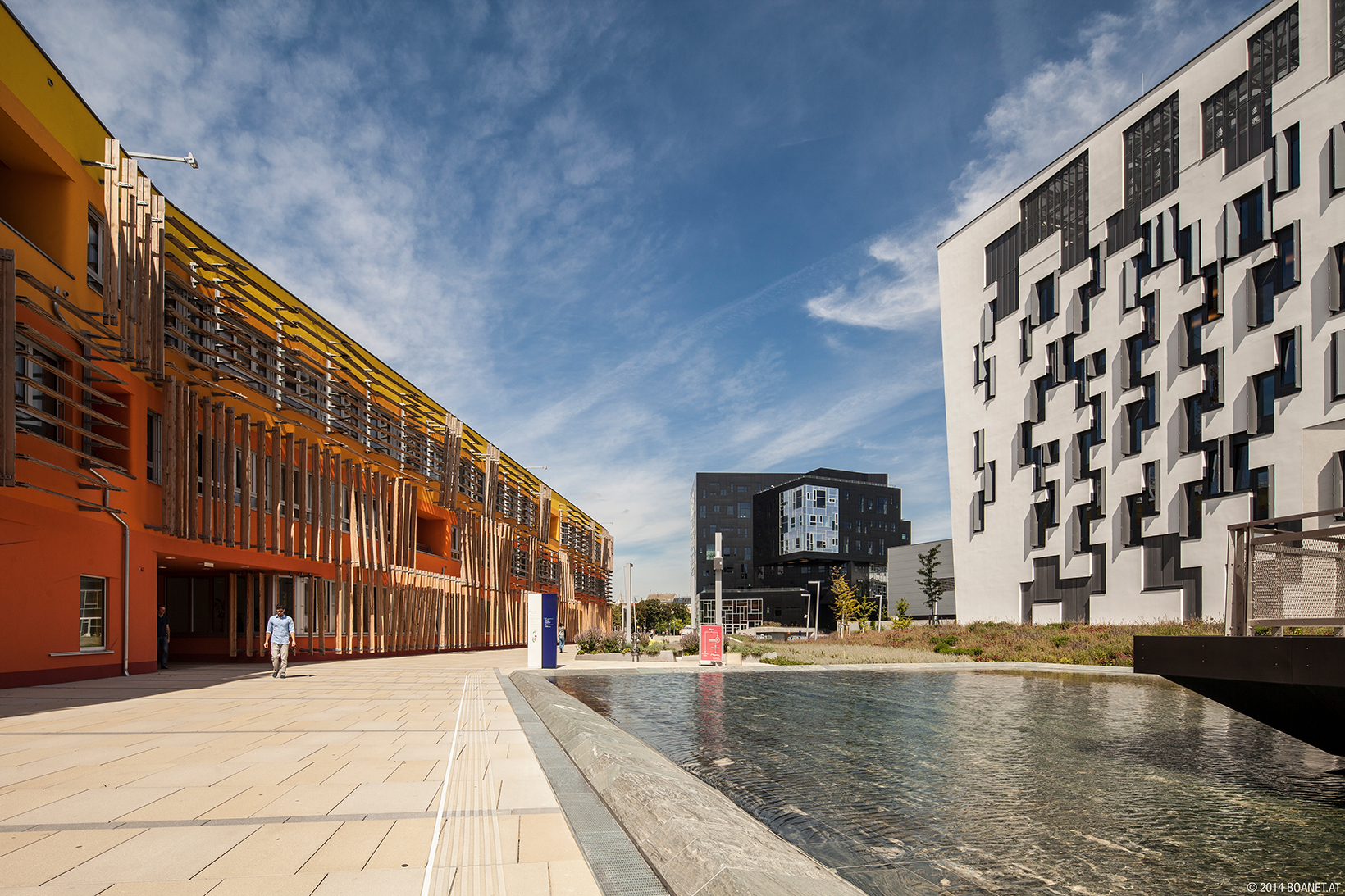 WU has outstanding researchers whose publications are highly regarded in their scientific communities, as confirmed by international research rankings. Their work also contributes to solving economic, social, ecological, and legal problems.

One of the strongest research universities

In the current ranking of the German business magazine WirtschaftsWoche, WU achieved an excellent third place, making it one of the strongest universities for research in business administration in the German-speaking region, and the best Austrian university in the ranking. A total of 142 WU researchers are represented in the sub-rankings, including not only senior faculty, but also many junior researchers.

The Austrian daily newspaper Die Presse, in cooperation with the FAZ (Germany) and the NZZ (Switzerland), publishes an annual list of the year’s most influential economists. The rating is based on the researchers’ impact in science, politics, and the media. Sigrid Stagl, professor at the WU Institute for Ecological Economics, is ranked at 15th place in the current ranking. In the categories “Research” and “Politics,” she even made it into the top 10.

In the Shanghai Academic Ranking of World Universities, WU was compared not only with other business schools, but with 25,000 universities of all disciplines worldwide. In its first time in the ranking, WU came in among the top 800, a respectable result.

Since 2008, the Federal Ministry of Education, Science and Research has honored pioneering projects from universities and colleges in the field of sustainability with the Sustainability Award for Austrian Universities and Colleges. The project “Referenzplan Nationaler Energie- und Klimaplan für Österreich”, an energy and climate plan for Austria developed in cooperation between WU, the University of Natural Resources and Life Sciences, Vienna, and the University of Graz, won in the category “Communication and Decision-Making.”

In the category “Student Initiatives,” the EcoMap developed at WU reached third place. The EcoMap is an online map to help users locate ethically and ecologically sustainable businesses in Vienna and other European cities. 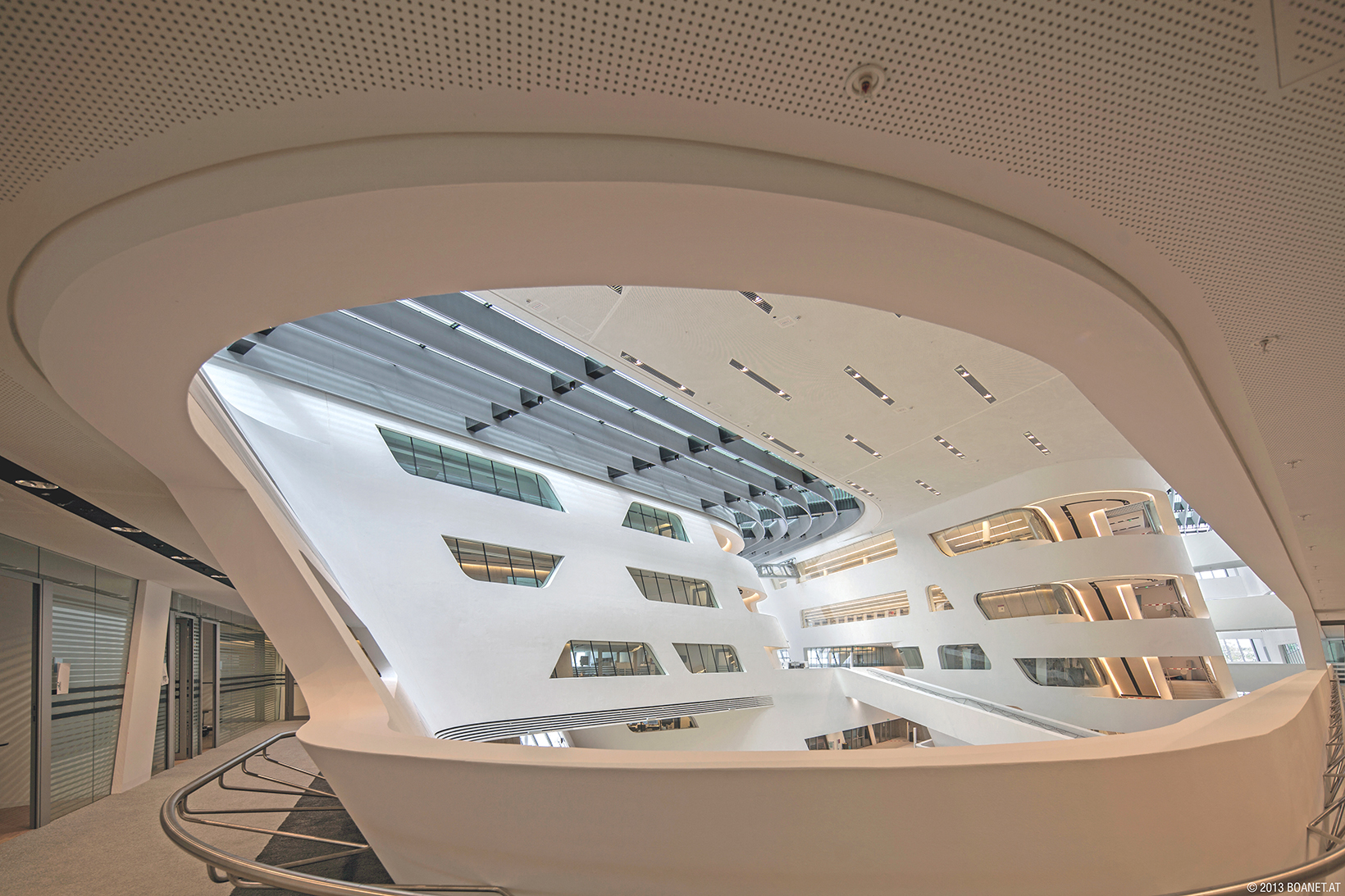 One of the Best

For students, it’s not just what they study, but also where they study that is of increasing importance. Business school rankings show that WU is internationally regarded as a renowned university.

In the Financial Times European Business School Ranking, WU moved up seven places, coming in at 34th place in 2020. This is one of the best results since WU has participated in this ranking, and particularly remarkable because WU is only represented in two of the five sub-rankings that contribute to the overall ranking.

The QS World University Rankings rank universities in five disciplines and 48 subjects. WU came in at an excellent 37th place in the current ranking in the subject “Business and Management.”

School of the Year

WU has been a member of the international CEMS network for over 20 years. CEMS is an alliance of leading business schools, social institutions, and multinational companies. The network’s aim is to prepare students in the Master’s Program in International Management/CEMS for executive positions in an international context.

In 2020, WU was named CEMS School of the Year for the second time in recognition of our commitment to the network and the outstanding quality of our International Management/CEMS program. WU was awarded this distinction the first time in 2015. In addition, Desislava Dikova’s course “Global Strategic Management” was named the best course in the CEMS network.

“It is a great honor to be named School of the Year again. It shows once again that our commitment is being recognized and that the quality of our programs can compete with the best on the international market.”
Edeltraud Hanppi-Egger, Rector

WU has been accredited by the Association to Advance Collegiate Schools of Business (AACSB) since 2015. AACSB’s seal of quality attests to the excellence of WU’s program management, faculty qualifications, research output, and the educational and career opportunities available to its students.

The peer review visit for AACSB reaccreditation took place in late September 2020. This was the first time that the accreditation process at WU was held entirely in a virtual format. Three peers from ESADE Business School, Copenhagen Business School, and BI Norwegian Business School interviewed approximately 90 WU staff members, faculty members, and students in 14 online sessions. The peer reviewers’ feedback was extremely positive. They were particularly impressed by the WU community’s spirit, strong commitment, and sense of belonging, as well as that of our external partners. In early 2021, we were notified that our accreditation will be renewed for a period of five years.